Scarlett Johansson snags a role made famous by Janet Leigh in 1960. The film, also starring Anthony Hopkins and Helen Mirren, will explore the making of Alfred Hitchcock’s most famous film. 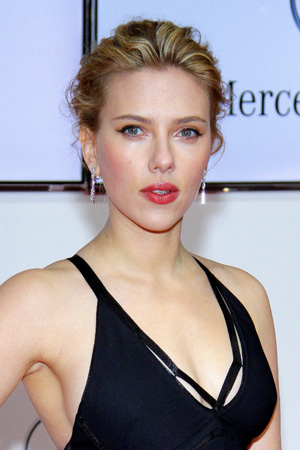 Scarlett Johansson better start practicing her best screams. The 27-year-old actress is set to reprise Janet Leigh’s original role in the upcoming film Alfred Hitchcock and the Making of Psycho, according to The Hollywood Reporter.

The movie — based on a book by Stephen Rebello — follows Hitchcock and the struggles he went through to make the iconic film. Journalist Sacha Gervasi has signed on to direct and Anthony Hopkins and Helen Mirren will play the horror author and his wife.

Sounds like it’s going to be an interesting — and career-making — film for Johansson. The We Bought a Zoo actress has struggled to find box office success in the years since she starred opposite Bill Murray in the critically-acclaimed Lost in Translation.

The challenges of the profession aren’t lost on Johansson.

“Acting is definitely harder for women. Women kind of wilt as men sort of achieve as they get older, like wine or whatever,” she said in 2008. “It’s like, ‘Oh, she’s past her prime and she can’t play a sex symbol.’ It’s just a preconceived notion about women in general and particularly in this industry. It’s a very vain, vain industry.”

Eventually, the blonde beauty wants to get behind the camera, just like her frequent collaborator, Woody Allen.

“Right now, I would like to focus on developing something to direct,” she added. “I have wanted to direct since I was 12. I remember making The Horse Whisperer and thinking, ‘I want that guy’s job!'”

For now, she needs to focus on her epic screaming skill. Hitchcock revealed that the iconic shower scene wasn’t exactly an easy one to film. “It took us seven days to shoot that scene, and there were 70 camera setups for 45 seconds of footage,” Hitchcock said in a documentary about his life.

Yikes! We hope she has plenty of tea on set to soothe her throat.