Being single isn’t fun for Rihanna or cheap for her suitors. One man spent $105,000 to simply grace her presence for a while. 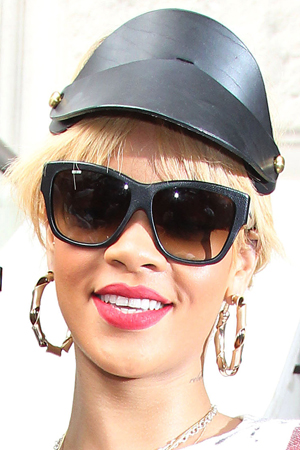 It’s been hard to watch Rihanna reconcile with Chris Brown on Twitter, on new remixes and in person as well. Though it’s been years since their violent split, why does she seem to be looking for love in such a hopeless place?

The singer revealed that she actually dislikes her single status very much.

“Single life is so overrated,” Rihanna said on Britain’s The Jonathan Ross Show. “It sucks. I have such incredible experiences in my life. You don’t want to live your life and then meet someone. You want to share your life with someone. That’s what I’m missing right now.”

Rihanna insisted that she’s “not looking,” but she’d “love to date somebody cool, fun, funny.”

It’s not as if she’s short of suitors: she recently partied at various London hotspots for four days straight, and a source inside the Aura nightclub in London’s Mayfair told People: “Rihanna came into the club last Sunday and a stockbroker spent [$105,000] on champagne, just so he could meet her.”

Apparently, the pricey bottle had them all singing “Cheers (Drink to That)” for a moment.

“It worked too, as he went over and said hello soon after,” the source added. “But I don’t think he’ll be getting any friendship from Rihanna out of it, put it that way. She politely spoke to him but that was about it.”