Christie Brinkley doesn’t just look amazing for her age, she looks amazing for any age — and her ex said she maintains her looks by being a “narcissistic egomaniac.” 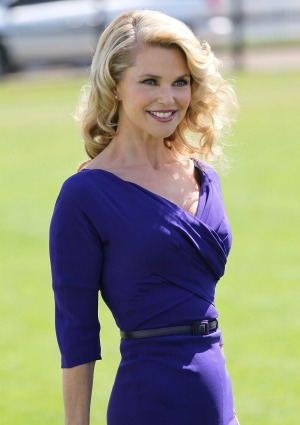 Although their divorce is long finalized, Christie Brinkley and her ex-husband Peter Cook are still wrangling over custody of their kids: Their biological daughter Sailor, and Brinkley’s son Jack, whom Cook adopted after they wed. Brinkley has another daughter, Alexa Ray Joel, from her marriage with singer Billy Joel.

Cook filed court documents this week calling Brinkley a “narcissistic egomaniac” who thinks he is only going after her because he is jealous of her fame, and claims she owes him lots of dough in child support.

In fact, money is a major bone of contention between the two. Brinkley claims Cook owes her $32,000 in expenses for their kids, but Cook says she actually owes him $25,000 for taking care of the kids while she starred in Chicago on Broadway and in London.

A friend of Brinkley’s slammed Cook’s court filing, “It seems Peter’s at it again, filing a desperate, mind-numbing 90-page motion responding to her request for him to get up to date on child support, accusing Brinkley of all sorts of things. She has been fending off Cook’s attacks since their divorce.”

Under the terms of their 2008 divorce, Brinkley has already given Cook $2.1 million in exchange for custody of the kids and 18 real estate holdings.