Like it or not, Bristol Palin is coming back to a television near you with a new reality show on Lifetime. Find out what she’s hoping to accomplish with this new role. 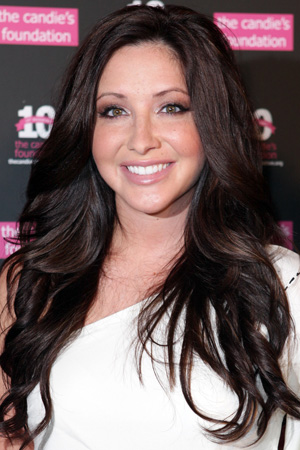 Bristol Palin might have left Los Angeles behind, but she’s far from done with Hollywood. The former Dancing With the Stars runner up is headed to Lifetime for a new reality show, according to the network.

“From the first moment she was thrust into the public eye, Bristol and her son have been the subjects of a huge amount of curiosity and misunderstanding,” Rob Sharenow, executive vice president of programming for Lifetime Networks, said in a Wednesday statement. “This show will reveal the real Bristol Palin and her journey as a daughter, mother and a young woman making her way in the world.”

The daughter of former Vice Presidential candidate Sarah Palin moved to California after her stint on DWTS to start production on a show. However, she ditched that show and moved back to Alaska after a run-in with an anti-Palin man at the Saddle Ranch.

“I wasn’t really into the Hollywood thing,” she told In Touch in January. “And [after the altercation at Saddle Ranch] I just realized I was over it and I wanted to come home.”

She moved into an apartment on her parent’s property with son Tripp. ” He’s going to be starting preschool soon, so we needed to settle into a routine,” she added.

However, rumors have it that younger sister Willow will appear on the show, along with her boyfriend, Gino Paoletti. She reportedly wants to become Alaska’s version of the Kardashian sisters.

“Bristol’s upset because Sarah wants to stay out of negotiations for her show. Sarah isn’t thrilled with Willow being involved,” a source said in January. But Bristol believes the show will be more marketable with Willow — that they can be the next Kardashian sisters.”

We don’t see that happening, but we can’t blame her for trying.

Will you watch Bristol Palin on Lifetime?