After months of hospitalization and worry Nick Cannon has an answer to his health woes. Unfortunately, it’s not good news. 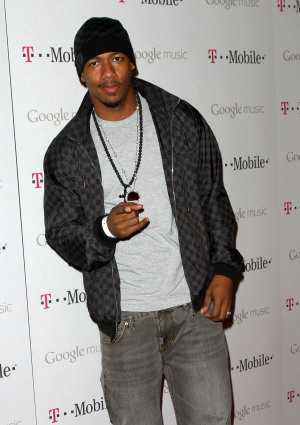 Nick Cannon’s health issues have sent him to the emergency room twice in recent months. Now the young star has been diagnosed with an autoimmune disease and faces a lifelong battle to keep his body in check.

In January Nick Cannon was hospitalized for kidney failure out of the blue. The new father of twins Monroe and Moroccan with wife Mariah Carey was thought to have recovered from the issue and went right back to his overworked ways — only to be rushed back to the emergency room weeks later with blood clots in his lungs.

“The blood clot thing was probably the scariest because… I’ve known people who have passed away from that,” Nick Cannon told People Wednesday night.

“I thought I was getting better,” the 31-year-old went on, “and then that happened, so that kind of came out of nowhere.”

In February Nick Cannon learned his health issues are symptoms of an “autoimmune disease that [doctors] found in my system.” The prognosis he was told? It’s “something I’m going to be living with all my life.”

“It’s a lot of stuff,” said Cannon, adding a weakly reassuring “but it’s all in order now.” Sharing that he now tries to ensure he gets at least six hours of sleep each night after quitting his morning radio gig, he added, “I’m just trying to make sure I put my health first.”

Yet despite knowing more about Nick Cannon’s disease diagnosis, the whys of his illness remain a mystery. When asked by People if his condition was hereditary the new father replied, “They kind of say autoimmune [disease] is — like a lupus type of thing, but no one else in my family has it.”

“I feel blessed to be alive,” Nick Cannon shared. “If it wasn’t discovered, I don’t know [what would have happened].”