Jason Segel was largely responsible for bringing The Muppets back to the silver screen. Now, he doesn’t have the time to do it again. 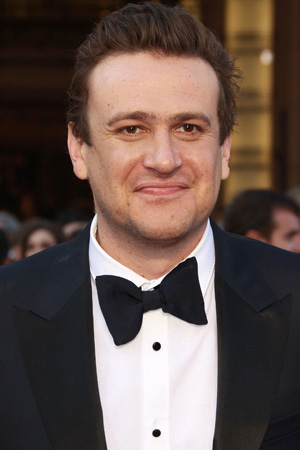 Jason Segel was instrumental in bringing The Muppets to the big screen last year, but don’t count on him to be there for the next film. Disney gave the greenlight for another installment of Muppets, but Segel’s commitments to other films will keep him from writing it.

Instead, The Muppets director James Bobin and Segel’s original writing partner, Nicholas Stoller, will pen the script, according to Vulture.

The How I Met Your Mother actor first pitched the film to Disney back in 2008. At the time, he was only really known for his role on the hit CBS sitcom and the short-lived Freaks and Geeks. Since then, he’s had success with Forgetting Sarah Marshall and Gulliver’s Travels.

”This is going to be a hard movie to edit because honest to God every scene is so good and so funny,” Segel told reporters during a recent interview. ”And a movie like this with all of this improv always turns out with a first cut that is like two-and-a-half hours long and you have to get it down to 98 minutes or something like that.”

Segel might still appear in the sequel for The Muppets, according to Vulture. Good thing, too — we’re pretty sure he can’t imagine a life without Jim Henson’s creations.

“They remind us of the best versions of ourselves,” he told the Washington Post of why he loves the little furry ones. “They remind us of who we wanted to be before the realities of this cruel world got hold of us… I think there is a part of us that wishes we were all a bit more Muppety.”

Watch Jason Segel sing “Man or Muppet” in The Muppets