The selection process for next season’s X Factor judges features more twists and turns than the contestants’ auditions. Who will replace Paula and Nicole? 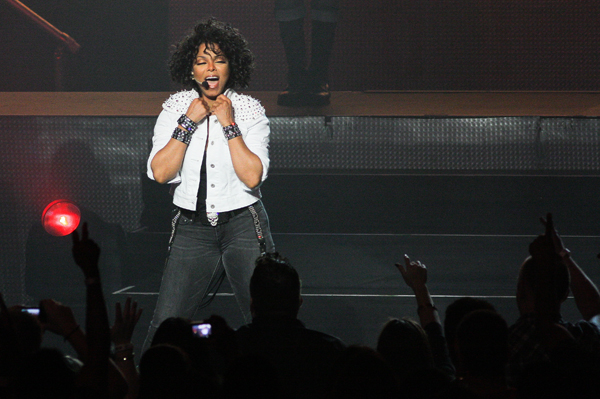 -We’ll really “Miss You Much” as a potential judge for the next season of The X Factor, Janet Jackson! The pop legend and brother of Michael Jackson was heavily rumored to fill a spot left vacant by Nicole Scherzinger and Paula Abdul, but she has publicly declined any offer to do so.

The singer said in a statement that she is “very flattered that X Factor let me know that I was being considered for next season, but it just wouldn’t be possible.”

Why not? A representative of Jackson’s camp told E! News that the singer is simply too busy to adjust her schedule for the show, due to her commitment to her Number Ones Up Close and Personal Tour and an upcoming Tyler Perry movie.

Good thing she clarified things early — apparently, Janet Jackson claims that they had “absolutely no meetings” with anyone from The X Factor in regard to a possible judging spot.

Still eyeing a seat alongside L.A. Reid and Simon Cowell are Avril Lavigne, LeAnn Rimes and Britney Spears, and fans are calling for weekly doses of Mariah Carey and Beyonce on the talent show. Producers are looking to book a few big female names in order to raise the bar — and the ratings!

Who do you want to see as a judge on The X Factor next season?