The autopsy of former Monkees star Davy Jones is complete. Find out what really killed the 66-year-old singer, actor and horse enthusiast. 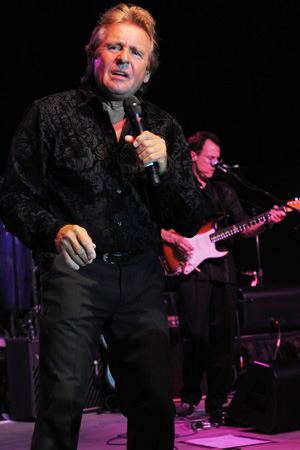 Medical examiners in Martin County, Florida, confirmed what we all suspected: Davy Jones, former lead singer of The Monkees, passed away Wednesday from a heart attack.

Martin County medical examiner Roger E. Mittleman said that initial test results show that the 66-year-old died from “ventricular fibrillation due to severe coronary atherosclerosis,” according to the report. Toxicology tests will take another six to eight weeks, but there’s no indication that anything else contributed to his sudden death.

Jones was reportedly at his Florida ranch when he started feeling chest pains. He asked his ranch hand to call paramedics, but died from a heart attack at Martin Memorial Hospital.

The death of the charming singer with the boyish good looks came as a shock to fans and former colleagues, including his bandmates from the ’60s rock band.

“I am in a state of shock,” fellow Monkee Mickey Dolenz said in a statement. “Davy and I grew up together and shared in the unique success of what became The Monkees phenomena. The time we worked together and had together is something I’ll never forget. He was the brother I never had and this leaves a gigantic hole in my heart.”

Jones also appeared as Marcia Brady’s prom date on an episode of The Brady Bunch. Maureen McCormick revealed her memories about her on-screen date in a statement after his death.

“Davy was a beautiful soul who spread love and goodness around the world,” McCormick said. “He filled our lives with happiness, music and joy. He will live on in our hearts forever.”

“RIP Davy Jones,” she said. “He was geniunely a nice guy to me always. My love goes to his family and sooo many who will be saddened by his loss.”

Funeral plans for Jones are still pending, according to his family.