Matthew Morrison has his defenses up today after a report surfaced saying he pretty much called his ex stupid. Did it happen? Read on to find out his reaction. 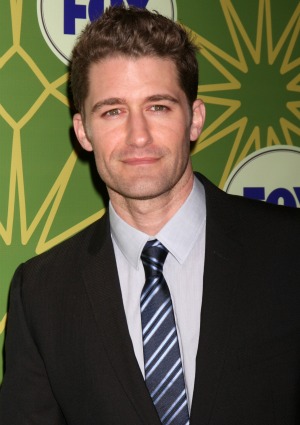 Talented, cute… and really mean? That’s what one British tabloid is trying to make Matthew Morrison out to be. In a story that ran in the Daily Mirror today, one reporter claims that Morrison slammed ex-girlfriend Kelly Brook during a casual convo at a Los Angeles party.

“I once went out with a Brit,” reporter Clemmie Moodie claims Morrison confided. “I didn’t realise she was such tabloid fodder.”

“It was Kelly Brook… she’s not exactly the brightest bulb. We only went on one date…”

Ouch! Why would he say something so mean when we always thought he was such a nice guy?

That’s the thing: He didn’t. Or, at least he says he didn’t.

The Glee star wrote on Twitter today, “Wow, woke up to a flurry of emails regarding Kelly Brook. Don’t always believe what you read. Kelly is a wonderful person and a good friend.”

Moodie also claimed Morrison complained to her about his dream of a contract with Glee.

“Once they have you, they trap you. I’m tied in to seven years — I signed up to seven years and I cannot get out of it,” Morrison supposedly told her.

“I have a really good lawyer but there’s nothing we can do — I’ve had offers recently for a few really cool movies but had to turn them down. It’s so frustrating.”

Interestingly, Morrison did not address that quote in his Twitter denial. Think there’s something to it?

30 mins ago
by Giovana Gelhoren