When Beyoncé breastfeeds in public the “breast is best” movement gets an automatic publicity boost! The new mom is in good company with fellow famous nursing mothers. 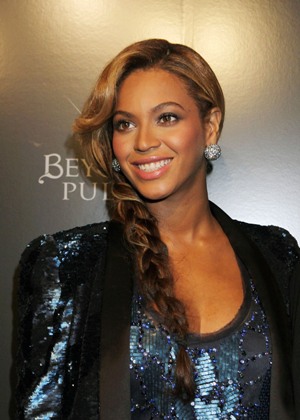 Beyoncé is looking relaxed and confident as new mom to Blue Ivy Carter. The singer was reportedly spotted breastfeeding her baby girl while out at a restaurant last weekend.

Word of Beyoncé’s breastfeeding comes via fellow diners at Sant Ambroeus in NYC’s West Village. Us Weekly spoke to one such lunch patron, who noted the first-time mom breastfed Blue Ivy Carter during her casual lunch out with husband Jay-Z.

Tips on how to breastfeed in public from SheKnows Parenting >>

The star carried Blue Ivy to and from the restaurant in a blue Baby Björn covered by a black Donni Charm scarf, so that no cameras could get a shot of her little one. The concern over prying camera lenses has previously stopped at least one fellow celebrity mom from choosing to breastfeed in public.

In December new mom Alyssa Milano opened up about her breastfeeding experience with son Milo. “I wish I could breastfeed in public without feeling as though a picture would show up on TMZ,” the actress lamented. “I’ve breastfed Milo in my car numerous times and in fitting rooms at stores. But mostly, when we go out I bring a bottle of expressed milk because sadly, I’m just not comfortable feeding him in public.”

Other celebrity moms who have chosen to breastfeed include Maggie Gyllenhaal (who has been photographed breastfeeding in the park), Angelina Jolie (who was pictured nursing on the cover of W magazine), Mayim Bialik (practices extended breastfeeding) and Miranda Kerr (who has tweeted photos of herself nursing son Flynn).

Looks like Beyoncé and Blue Ivy are in good breastfeeding company!