There were reports today that Tatum O’Neal was back in rehab after relapsing into cocaine use. Are the rumors true? Not exactly. 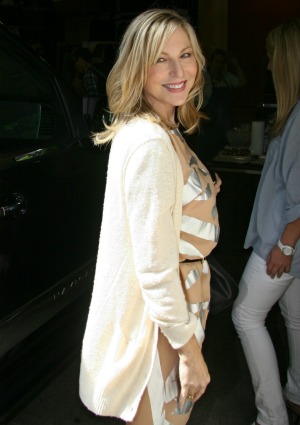 Did Tatum O’Neal go on a wild coke binge last weekend? Did she wake up Monday morning in rehab? That’s what various internet rumors would have you believe, but that is not exactly what happened according to her rep.

“Tatum O’Neal has had back issues, had back surgery and went to a place that could supervise her use of prescribed pain killers until the pain had subsided,” her rep told E! News.

“She will always seek supervision when taking prescription medication that has addictive potential.”

Good news for Tatum, considering her past is a lot hairier when it comes to illegal substances. The former child star revealed a lifetime of drug use, including heroin addiction, in her book, A Paper Life — a problem she attributed to longtime physical and emotional abuse by her father Ryan O’Neal. The father and daughter attempted to repair their fractured relationship in last year’s OWN reality series Ryan and Tatum: The O’Neals.

She certainly is not the only one in the family to struggle with addiction. Her brother Griffin O’Neal is currently serving 16 months in jail after a DUI crash with five different drugs in his system. Her other brother, Redmond O’Neal, is in a court-ordered rehab after the latest of several drug arrests.