In the late ’60s, The Monkees were one of the biggest bands around. They had great songs, a hilarious sitcom and Davy Jones to reel in the ladies. At their peak, they produced some of the decade’s most memorable tunes. Let’s take a walk down memory lane shall we?

Related story The Monkees' Davy Jones dead: What killed him? 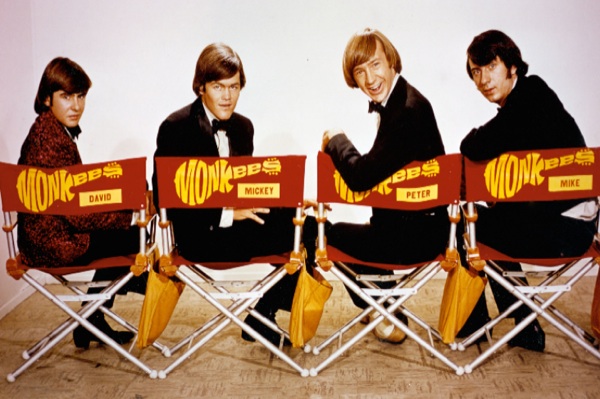 Earlier today, it was announced that musician and actor David “Davy” Jones died after suffering a heart attack. He was 66 years old.

Jones was famous for being one-fourth of the rock-pop group The Monkees. He joined the band in 1965 and starred in the TV show of the same name. The series ran from 1966-1968, and made Jones a household name, along with fellow members: Michael Nesmith, Micky Dolenz and Peter Tork.

At the peak of their career, The Monkees spawned several hits including, “I’m a Believer,” “(I’m Not Your) Steppin’ Stone,” “Pleasant Valley Sunday” and many more. Overall, they sold more than 65 million singles and albums worldwide.

Here are some of our favorite Monkees tunes:

“Last Train to Clarksville” was The Monkees’ debut single. It was released in Aug. 1966 and shot to the top of the Billboard Hot 100 chart.

“(I’m Not Your) Steppin’ Stone” featured lead vocals by drummer Micky Dolenz and became The Monkees’ first B-side hit. It was written and produced by Tommy Boyce and Bobby Hart.

Hands down, The Monkees’ most popular song is “I’m a Believer,” which was written by Neil Diamond. It topped the Billboard Hot 100 chart for seven weeks, and became the biggest-selling record of 1967.

Like its predecessors, “Daydream Believer” also topped the Billboard Hot 100 chart. It held on for four weeks and was The Monkees’ last number one hit in the U.S.

“Pleasant Valley Sunday” debuted in July 1967 and was written by Gerry Goffin and Carole King. It peaked at number three on the Billboard Hot 100 chart, and number 11 on the U.K. Singles chart.

The Monkees Opening and Closing Theme

We couldn’t have a video round-up without the catchy theme from The Monkees TV series. The song was released as a single in Oct. 1966 and appeared on the group’s self-titled album.