Davy Jones, the lead singer of the ’60s pop group The Monkees, died suddenly Wednesday of a heart attack. He was 66. 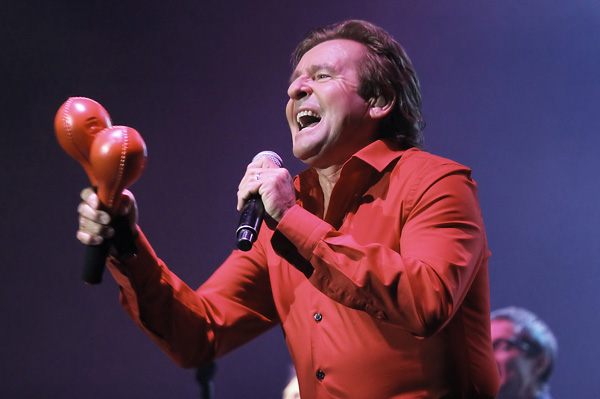 Sad news: The Monkees lead singer — and ’60s icon — Davy Jones passed away Wednesday morning from a heart attack. He was 66.

A medical examiner from the Martin County, Florida office confirmed to TMZ that Martin Memorial Hospital called to notify them of Jones’ death. The singer was touring right up until his death — his last performance was Feb. 19 in Oklahoma.

The singer and actor gained popularity in the ’60s for his boyish good looks and radio-friendly voice. The Monkees television show — and songs like “Daydream Believer,” “Last Train to Clarksville” and “I’m a Believer” — took them to the top of the charts.

Jones was also swindled out of money during his time with The Monkees.

“Out of the first year, we each made a million dollars each from those small percentages… and from the salaries we made. In the second year, we made more. But the money was not invested wisely. I was underpaid from Screen Jems, but they still paid me a million dollars. It was when I got it back to where I was, that strangers who came into my life ripped me off,” he said in a 1987 interview. “I let other people handle my money. Bad investments were supposedly made. I got ripped off. It took me most of the early ’70s, from 1970-1975 to pay off the taxes I owed on the money I made from The Monkees.”

The England native continued his career after the group disbanded with roles on The Brady Bunch and Sabrina the Teenage Witch. He also raised racehorses at his property in Pennsylvania and enjoyed the love from adoring fans.

“I can’t begin to say how many fan letters came in back then,” he said in the 1987 interview. “In the office, the mail that came in was always 10 to one for me. Over the last couple of years I have gotten an average of 2,000 letters a week from fans.”

So sad. We’ll see you on the last train to Clarksville, Davy.