After six seasons on Dancing with the Stars, Lacey Schwimmer is taking a break to focus on other aspects of her career. 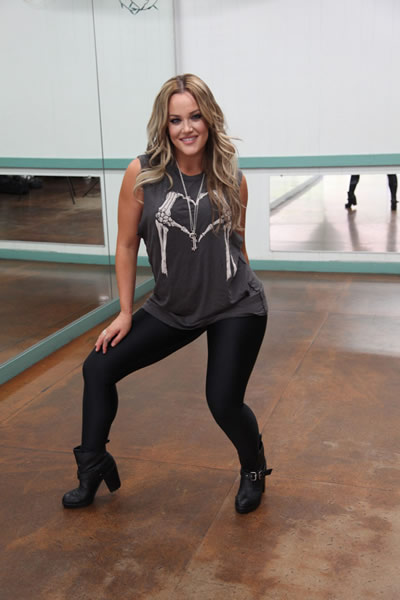 The pro explains her Dancing with the Stars departure exclusively to SheKnows.

When the contestants for the 14th season of ABC’s hit show Dancing with the Stars were announced yesterday on Good Morning America, fans were sad to see a favorite pro missing from the cast, Lacey Schwimmer.

The 23-year-old bubbly blonde has charmed audiences for six seasons as the partner of stars like Chaz Bono, Lance Bass, and Steve-O.

Don’t be sad though DWTS fans, Lacey told SheKnows exclusively that her departure from the show is for the best.

“There are a lot of things going on in my life that I kind of need [to] step back and focus,” Lacey told SheKnows. “I’m trying to partition my time.”

One major life-change was purchasing a home recently with her boyfriend, fellow dancer and choreographer DJ Guthrie.

On top of that, Lacey is releasing an album this year, opening her own dance studio and creating a costume line for professional dancers.

“I designed all of my costumes on Dancing with the Stars so this was a cool opportunity for me to step out and do everything that I’ve ever wanted to do that I couldn’t do on TV,” said Lacey. “We’re designing for a company called Discount Dance Supply and it’s cheap but still pretty. They’re very funky.”

So will we see these duds on Dancing?

But if and when that happens, it won’t be Lacey’s only involvement with the show. We’re told she will definitely be appearing a few times throughout this season for special performances.