Toni Braxton and Eddie Murphy are reportedly seeing each other, according to online reports. Are they the new power couple for 2012? 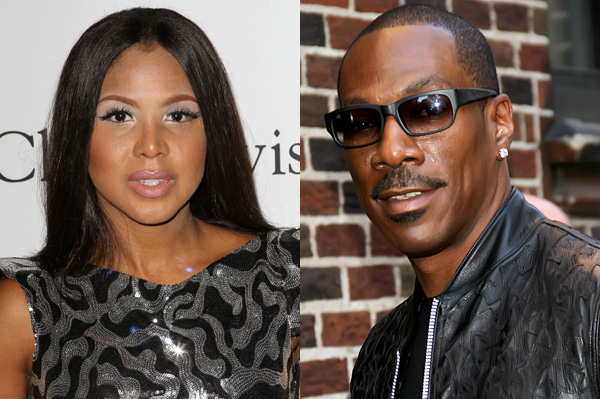 Toni Braxton is apparently making beautiful music with another talented celebrity: Comedian Eddie Murphy. The pair has been dating for a few weeks and are “very into it,” according to sources.

“Toni and Eddie are just friends and have been fans of each other’s work for a long time,” her rep said. However, an insider told US Weekly that it’s a lot more serious than that, “Their kids have met and everything. It’s getting very serious.”

Her new thing with Murphy comes after she dabbled in dating a “snowflake” — aka a white man.

“I went on a few dates with a Caucasian guy, super nice, super cute, super sexy,” she told Essence in November. “We’ve just been on a few dates, he’s not my man, we’re not gonna get married. I’m just trying something different. He’s yummy. Who knew vanilla tasted so good? I would definitely date another Caucasian guy.”

Braxton finalized her divorce with ex-husband Keri Lewis in 2009. The couple toyed with reconciliation in 2011, but that never materialized into anything other than a few dates.

“We’ve gone out on a few dates, I’m not gonna deny that,” she said of her relationship with Lewis. “When you have kids with a person, and you really love a person, but you realize that being together is not an option right now… In the end, we definitely still love each other, and we go on dates. He’s a great dad, a great friend, very sexy, we’re doing good. It’s difficult to talk about it though.”

Murphy has some baggage, too. The Tower Heist actor was married to Nicole Mitchell for several years, before dating — and having a child — with Spice Girls singer Melanie Brown. He also dated Tracey Edmonds for a couple of years.

Will the relationship (if it’s true) go the distance? We’ll see — Braxton is still feeling out dating, she said.

“I’ve been locked down for 10 years. I’m not comfortable with the slut in me yet. I’m working on her though,” Braxton joked to Chelsea Handler in December.

Do you think Toni Braxton and Eddie Murphy make a cute couple?