Reese Witherspoon is using Rihanna and Chris Brown’s history of domestic violence as a lesson for her children. Are Ava and Deacon ready to learn the whole truth about these two? 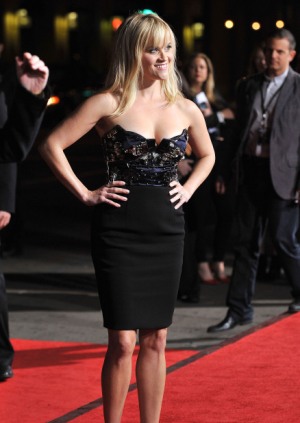 Reese Witherspoon wants both her son and daughter to learn about the horrors of domestic violence, that’s why she’s teaching them all about Rihanna and Chris Brown’s rocky relationship — which is rumored to be rekindling.

“We talk about domestic violence and what that means,” Reese Witherspoon told People on Tuesday at the 2nd World Conference of Women’s Shelters.

Chris Brown has the worst pick-up line ever >>

The 35-year-old actress, who is the Global Ambassador for the Avon Foundation, continued, “Although the concept is somewhat foreign to them, they’re starting to understand that this happens to families in our country and all throughout the world.”

Those children are Reese’s 12-year-old daughter Ava and 8-year-old son Deacon from her first marriage to actor Ryan Phillippe.

“My daughter knows what happened (with Rihanna and Brown). My son knows as well,” Reese Witherspoon explained, referencing the rapper’s 2009 felony assault on girlfriend Rihanna, for which he pleaded guilty. The 22-year-old accepted a plea deal of community labor, five years formal probation and domestic violence counseling.

“We talk about what is abuse,” Reese continued. “I think it’s important to talk to our daughters — and our sons — in order to educate them at an early age about what’s appropriate and what is absolutely not acceptable.”

Shock! Chris Brown didn’t beat up Rihanna at her party >>

We already know Rihanna’s mentor, rapper Jay-Z, doesn’t approve of the star’s recent choice to collaborate with Chris Brown on a pair of remixes — wonder what Reese Witherspoon has to say to her children about their apparent reconciliation? It’s one thing to tackle the violence aspect, but even harder to explain why Rihanna appears to be willingly on the way back to her abuser.

Do you find it appropriate for Reese Witherspoon to use Rihanna and Chris Brown’s history as a lesson for her kids?