British model Agyness Deyn has always maintained that she was born in 1989. Now, Deyn admits what everyone already suspected: She’s actually much older. 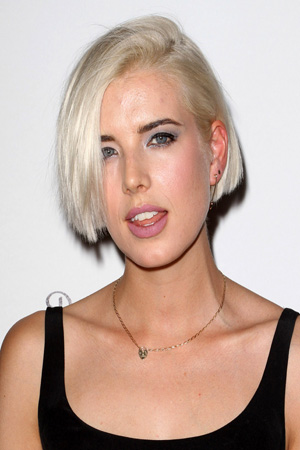 British model Agyness Deyn was heralded as the next big thing when she stepped onto the modeling scene several years ago, mostly because she was preternaturally mature for 18.

Many fashion critics wondered how someone so young had such confidence as a model — especially one so new to the industry. Now we know why: She’s actually six years older than she claimed.

“When I decided I would really do modelling I was like 18, and I think at the time that was quite old for a new face, so we knocked off a few years,” she told U.K. newspaper The Guardian in a Sunday profile. “But it was my birthday last week.”

Deyn also claims that she hasn’t lied about her age in years, despite reports to the contrary.

Age isn’t all that’s fake about the model-turned-stage actress: She changed her name to model, too — her real name is Laura Hollins.

“Yeah, in two seconds. Yeah, I started modelling, and they said there are loads of Lauras — you can change your name. I was like, OK, and then I thought about it and said OK, I’ll be called Agnes; my grandmother was called Agnes,” she said.

Despite her lifestyle, she claims to have a frugal take on life.

She doesn’t think it’s a big deal, though.

“I did the decor with a friend of mine, and had a lot of fun doing it. But it’s for sale now, and that’s it really.”