Meryl Streep donated big time cash in honor of The Help star Viola Davis. Find out just how charitable this Oscar winner really is — you might be surprised! 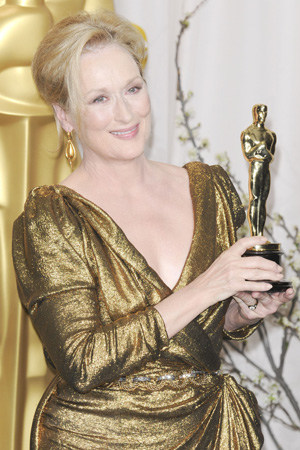 Angelo Garcia, founder and director of the Segue Institute for Learning, told the Providence Journal that Davis told her fellow actor about the school’s plight during an awards show in Europe. Streep cut a check for $10K to help the school find a building.

“I think it was a good gesture on her part,” Garcia told the paper. “It shows that Meryl respects what Viola values.”

Streep wasn’t done, though — she went ahead and donated another $10,000 to an Upward Bound project in Davis‘ Rhode Island hometown.

“I was writing to [Davis] when you called,” Mariam Z. Boyajian told Reuters. “I wanted to give her a chance to settle down from the hectic weekend before I gave her the good news.”

The cash is the biggest donation in that organization’s history, Boyajian said.

Streep — along with her husband, Donald Gummer — have spent more than $4 million dollars on charity donations over the past few years. Their biggest contributions go to their own foundation, the Silver Mountain Foundation for the Arts, founded in 1983.

Oh, and that’s not all — the prolific actress also donated her entire salary for The Iron Lady to the new National Women’s Museum in Washington D.C.

“I gave my whole salary to the National Women’s History Museum, which we’re trying to get built in Washington D.C. because, you know, you got to stand up,” she told Ellen DeGeneres in January.