Ashley Ream chats with SheKnows about her debut novel, her life list, and social media for authors and readers. 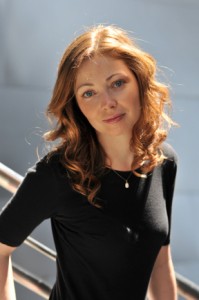 SheKnows: Losing Clementine has been described as a “bold debut,” and I must agree. Where did you get the idea for Clementine’s story, and how was your journey to securing an agent and publisher?

Ashley Ream: I already had my agent when I started writing Losing Clementine. I had been writing unpublished mysteries, and my agent came to me and said she thought my voice was much better suited to literary fiction. Would I please do that? Up until that point, I had considered myself a genre writer and abandoning that was terrifying. I started writing a terrible book about a hippopotamus in the desert, and I have to say I felt as lost as a hippopotamus in the desert. But I knew I had to be in the chair working on something — anything — in order to find my story. One day, I was sitting in a café with my hippopotamus manuscript when I opened a new document and wrote the first scene of Losing Clementine. The character and the story leapt onto the page almost fully formed. I’m certain that my subconscious had been working on Clementine the entire time. Writing 50 pages of that terrible book was not a waste. It was just what I needed to break through. It got my conscious mind out of the way, so my subconscious could be bold. I finished the manuscript in 9 months, and the book sold at auction in short order.

SheKnows: When you first started writing, did you know how Clementine’s story would end?

Ashley Ream: I like to do an outline before I start the meat of the first draft. It gives me a chance to work out any plot kinks and pacing problems before they get set in 100,000 words of stone. When I started the outline, I wasn’t sure at all how it would end, but by the time I got to the last chapter, Clementine’s journey was pretty clear. Everything led up to the ending, the book was meant to have. Although I had to do more than one version of the ending to hit the right emotional note.

SheKnows: Even though Clementine is suicidal, she is very calm throughout most of the book. What do you think gave her that air of indifference when it came to ending her life?

Ashley Ream: I don’t see her as being indifferent, but “calm” and perhaps “resolute” are good descriptions. Clementine sees what she’s doing as a necessary self-sacrifice. She genuinely believes she’s protecting her loved ones and that they will be safer once she’s gone. It’s only through the process of calmly tying up loose ends that she begins to see how connected she is to the people around her and how needed she is, which is when things get complicated. 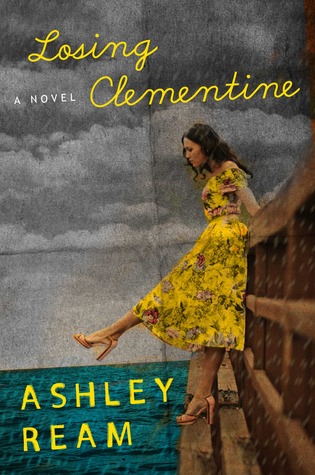 SheKnows: Who were some of your favorite supporting characters that you wrote about?

Ashley Ream: Can I say the cat? Is that wrong of me? I loved writing Chuckles, her street-wise Persian, who actually plays a very strong emotional note in the book. I’m also very fond of Carla, who runs the gallery where Clementine sells her work. She’s very put-upon but always elegant and poised, which it’s not always easy to be around Clementine.

SheKnows: I’m sure you’ve thought about this question, if not been asking many times, but what would you do if you only had 30 days to live? Do you have a bucket list that you would cross some items off of?

Ashley Ream: I do have what I call my “life list.” It has about 100 things that I want to do on it at any given time. As I cross things off — like skydiving and getting a tattoo — I add new things. Right now “ride a bicycle in Bali” is on the list and calling to me. But if I only had 30 days left, I think I’d slow down, spend a lot of time with friends and family, write a good deal and say “I love you” as much as possible.

SheKnows: Can you tell us more about your next novel?

Ashley Ream: What I wish I could tell you is the title. I don’t have a good one yet, and it’s making me nuts. The story is about a young journalist who begins an affair with a well-known, much more mature author only to discover the author may not be who she appears.

SheKnows: What do you enjoy doing in your free time?

Ashley Ream: I am a hardcore runner, having done races as long as 50 miles at a time (called ultramarathons). I especially love to run on trails in the mountains. Being a writer means spending a lot of time in my head and in a chair. Running in nature is so physically challenging and freeing. It connects me with my body in a primal way that’s a good counterpoint to my work.

SheKnows: How did you think social media impacts authors and do you think more authors should utilize these sites?

Ashley Ream: Social media is like reality TV — It allows you a glimpse into another person’s life and can even give the perception that you know the person whose tweets you follow or whose Facebook posts you read. But in reality, I’d say someone who reads my books gets a more honest look at me and how I see the world. In my art, I walk around naked. On Twitter, I’m a lot more guarded. As for other authors, I respect whatever decisions they make.