CBS is taking Sherlock Holmes to the next level. Its new pilot will feature the same characters, but with a huge twist. Somebody’s getting a sex change! Actress Lucy Liu is stepping into a role that was originally created for a man. 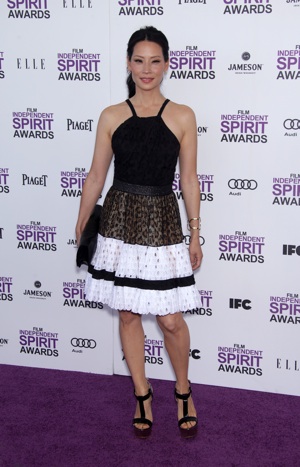 Move over Jude Law, there’s a new Watson in town. The folks behind CBS’ Sherlock Holmes pilot, Elementary, are taking some artistic license.

According to TVLine, Sherlock’s sidekick is going from a he to a she. They’ve cast Ally McBeal alum and current Southland star Lucy Liu as Watson. That’s right, this isn’t your grandfather’s Sherlock.

The actress will join Jonny Lee Miller (Eli Stone), who’s already been cast as the famous detective. Aside from Watson, the series will also change the story’s setting from London to New York City.

Sherlock purists will probably have issues with these alterations. But Elementary has to set itself apart. Sherlock Holmes has been adapted multiple times, and no one wants to beat a dead horse. The writers have to spice it up!

Elementary has been described as a “modern-day take on the famed detective saga.” The pilot will be directed by Michael Cuesta (Homeland), from a script written by Rob Doherty (Medium).

Also, BBC television has successfully spawned their own series, which stars Benedict Cumberbatch as Sherlock and Martin Freeman as Watson. It’s a huge success in the U.K. and recently won a BAFTA Award for best drama series.

How will CBS compete with that? They’ve got their work cut out for them!

What do you think of Elementary’s brave casting?