Lindsay Lohan says she has totally changed, for real this time — and she is ready to prove it. See what she told The Today Show about turning over a new leaf. 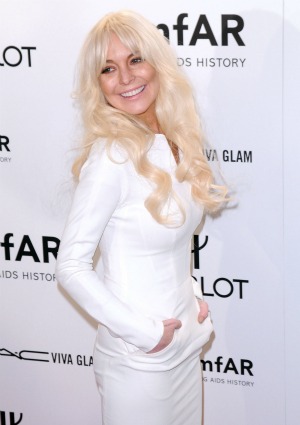 You know that friend of yours who trashes your house at parties, sleeps with your brother in your bedroom and “borrows” your jewelry without asking — or giving it back? And you know how you keep writing her off, but somehow she keeps worming her way back into your life?

Lindsay Lohan is that friend. This time, her trick to get back into our semi-good graces is to swear she doesn’t want to be Lindsay Lohan anymore — at least, not the Lindsay Lohan we’ve known since she was 18.

In an interview with The Today Show craftily designed by her PR team to trick us into watching her upcoming TV and movie performances and therefore assist in reviving her all-but-dead career, the alleged drug-using, alleged sometimes-lesbian-when-she-feels-like-it-and-gets-her-name-in-the-papers and alleged kleptomaniac actress claims she is done with all that and just wants us to love her again, darn it.

Lindsay Lohan impresses a judge for once >>

“That’s not my thing anymore,” Lohan said in an interview set to air Thursday. “I went out, actually, a few months ago with a friend. And I was so uncomfortable. Not because I felt tempted, just because it was just the same thing that it always was before. And it just wasn’t fun for me. I’ve become more of a homebody. And I like that.”

“I think that takes time. And I think that it’s actions. Because people can say things all they want, but I think I still need to go through the process of proving myself, you know, with SNL, being on time, being, you know, keeping my… stuff together.”

She must be convincing to someone. Lohan will host this week’s episode of Saturday Night Live and has been cast as Elizabeth Taylor in an upcoming biopic on the glamorous star.

“We’re in the middle of casting and figuring — we start production soon. I’ve been doing tons of research. But I’ve always kind of researched her. She’s always been a fascinating woman to me. So I’m really honored. And I will not let anyone down, especially myself.”

“Because people — you know, I could see where it could be scary for people to invest in me. And I don’t want people to have that reason to be scared anymore. So being able to have this opportunity with SNL and the film, I’m gonna do what I’m supposed to do, and enjoy doing it, and do it as best as I can.”

Yeah, yeah, yeah. Don’t screw it up, kid. This is your last chance. No, really, we swear. Last chance. Now stay away from our brother.