As John Mayer and Adele are recovered, another artist is sentenced to vocal rest: Celine Dion cancels ten Vegas shows after being diagnosed with a weakened vocal cord. 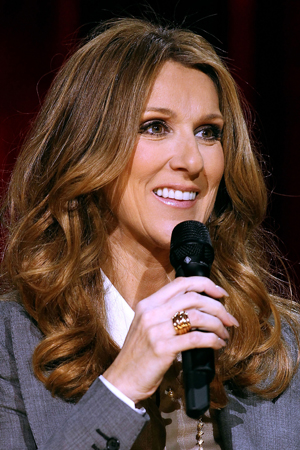 If you’re heading to Las Vegas anytime soon to catch Celine Dion in concert, you better reschedule your travel plans. The singer has just been diagnosed with weakness in her right vocal cord, causing her to cancel ten performances of her resident show at Caesars Palace’s Colosseum.

According to The Hollywood Reporter, Dion first experienced difficulties with her voice last week, causing her to cancel a few performances. She then flew to Los Angeles yesterday to be examined by Gerald Berke at UCLA Medical Center, a leading international authority on laryngeal physiology.

“I tried to sing at my sound check last week, and I had no control of my voice whatsoever,” Celine Dion said in a statement. “We thought that after a few days rest I would improve, but it wasn’t getting any better… I guess it was worse than I thought.”

Her diagnosis — weakness in her right vocal cord and secondary to a viral illness — requires six to eight weeks of voice rest.

“[Berke] identified what was causing the problems I was having, and he assured me that with the amount of rest he prescribed, I would be back to 100 percent.” she continued. “Obviously, this is the worst thing for a singer, not being able to do your shows. I feel worse knowing that I’m disappointing my fans. I’m so sorry, I hope they forgive me.”

Dion is scheduled to return to the Colosseum stage on June 9, with her next round of performances through Aug. 19. Mark your calendars!