Chuck Norris doesn’t walk across bridges; bridges move under his feet. Believe it, because Slovakia sure does — they’re building a bridge in honor of the martial arts superstar. 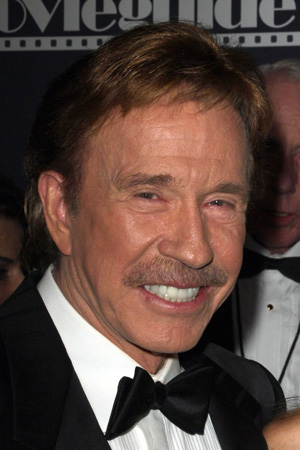 Purveyor of pain Chuck Norris is about to be immortalized with the most bewildering honor ever. The actor and martial arts expert tops the list in potential names for a pedestrian and cycling bridge that connects the Eastern European country of Slovakia to its neighboring Austria, according to Time.

When unveiled, Chuck Norris Bridge will span from the Morava River, near the capital city of Bratislava, to the Austrian village of Schlosshof.

We can only assume that either Walker, Texas Ranger has finally made its way over to Slovakia, or maybe Slovakians have taken a liking to the “Chuck Norris facts” that have permeated the web over the past several years.

“I’m aware of the made up declarations about me that have recently begun to appear on the Internet and in emails as ‘Chuck Norris facts.’ I’ve seen some of them. Some are funny. Some are pretty far out,” Norris said in 2006 of his web fame. “Who knows, maybe these made up one-liners will prompt young people to seek out the real facts as found in my recent autobiographical book, Against All Odds?”

Maybe, but the “facts” definitely influenced the naming of a bridge. Norris’ rep, Jeff Duclos, told SheKnows that the actor “is flattered” by the contest.

The ironic thing about a Chuck Norris bridge? He doesn’t even need a bridge to travel across water, because “Chuck Norris doesn’t swim, he beats the water into submission.”