FX has announced the series premiere date of Anger Management, marking Sheen’s return to television since getting killed off of Two and a Half Men. 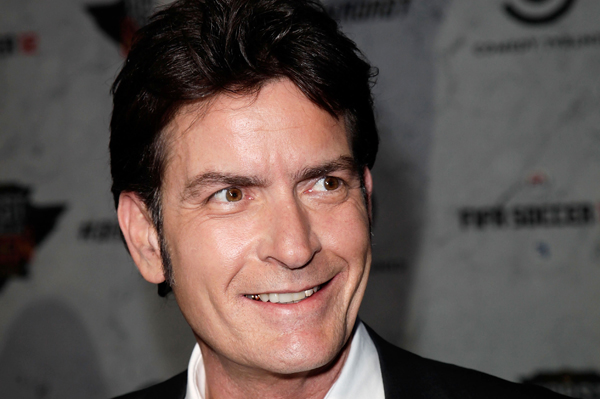 It will soon be a year since Charlie Sheen was officially fired from Two and a Half Men. And as Ashton Kutcher announces his upcoming “hiatus” from his role as Walden Schmidt over the summer, FX announces that Sheen’s highly anticipated comedy series, Anger Management, will debut this June!

However, the June 28 premiere date is no ordinary Tuesday for the network’s fresh summer schedule: The series will launch with two new back-to-back episodes at 9 and 9:30 p.m. EST.

Following that first week, FX will air the previous Tuesday’s episode at 9 p.m., followed by a new episode at 9:30 p.m. — a perfect television schedule for even the most inconsistent Sheen fan to catch up on the comedy.

The sitcom is based on Adam Sandler’s 2003 film, and casts Sheen as a nontraditional anger management therapist, originally played by Jack Nicholson in the movie. The FX series also stars Selma Blair, Shawnee Smith, Daniela Bobadilla, Michael Arden and Noureen DeWulf. And how about Justin Bieber as a guest star?

Only ten episodes have been ordered — for now. If all goes well, the network will order a whopping 90 more episodes!

“Charlie really wants to make this show good,” says a source to The Hollywood Reporter,” and he has a lot riding on having it be successful.”

The rest of FX’s Tuesday night lineup looks equally as exciting: After Anger Management is the second season of Wilfred at 10 p.m. (featuring Robin Williams as a guest star), the critically acclaimed comedy Louie at 10:30 p.m. and Russell Brand’s debut as a late-night host in Strangely Uplifting at 11 p.m. EST. Check your local listings to make sure you don’t miss it!