New York Times bestselling author, Jodi Picoult, has just released her latest novel, Lone Wolf. It is a captivating novel about siblings struggling to decide the fate of their father, whose life hangs in the balance. 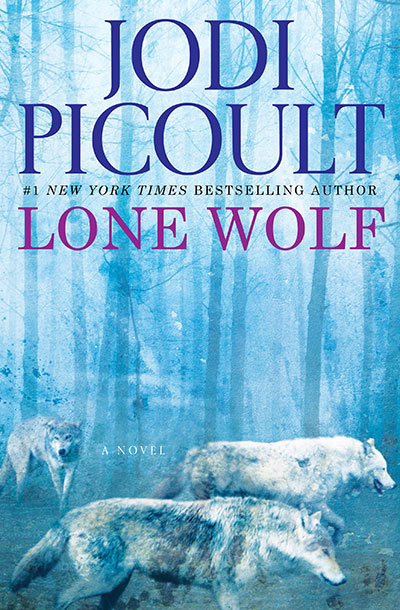 Edward Warren, 23, has been living in Thailand since the day he left his family 5 years ago after a fight with his father, Luke. Then the unthinkable happens: He gets a frantic phone call that his father is lying comatose in a New Hampshire hospital, gravely injured in the same accident that has also injured his younger sister Cara.

Cara is 17 and still holds a grudge against her brother, since his departure led to her parents’ divorce. Since he left, she’s lived with her father — an animal conservationist who became famous after living with a wild wolf pack in the Canadian wild. It’s impossible for her to deal with the fact that her once vibrant and dynamic father now lies still in a hospital bed.

Cara wants to wait for a miracle for her father, even with his chances for recovery fading. But Edward wants to terminate life support and donate his father’s organs. What is Edward’s real motivation? And how far will his sister go to stop him from making an irrevocable decision?

Lone Wolf examines what happens when medical science and moral choices merge. When someone is on life support and has no chance for recovery, should they be kept alive? What if that person’s donated organs can save another life? And when a father’s life hangs in the balance, which sibling should decide his fate?