True Blood is dropping the ball — Alan Ball to be exact. The showrunner and writer has announced that he’s exiting the supernatural series. But don’t worry, he’s leaving it in more than capable hands. 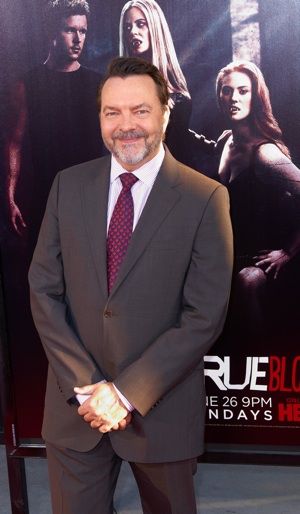 True Blood is getting a behind-the-scenes makeover. It’s been confirmed that creator and showrunner Alan Ball is stepping away from the show.

According to TVLine, True Blood’s fifth season will be Ball’s last. And HBO has released a statement announcing his departure.

“When we extended our multi-year overall deal with Alan Ball in July 2011, we always intended that if we proceeded to True Blood’s sixth season that Alan would take a supervisory role on the series and not be the day-to-day showrunner.”

They claim that he’ll “remain available as executive producer to consult and advise” on the show.

Ball chimed in, “True Blood has been, and will continue to be, a highlight of not only my career but my life.”

He continued, “Because of the fantastic cast, writers, producers and crew, with whom I have been lucky enough to work these past five years, I know I could step back and the show will continue to thrive as I look forward to new and exciting ventures.”

Ball’s exit as showrunner will give him time to work on other projects. He already has several shows in development including a medical drama for HBO and the dark comedy Banshee for Cinemax.

Prior to True Blood, Ball created and wrote for the acclaimed drama Six Feet Under, which ran for five seasons on HBO.

Do you think Alan Ball’s departure will hurt the show? Yay or nay?