Kevin Federline’s kids are going to learn the old-fashioned way what hard work is. If the dancer and ex-wife Britney Spears get their way Sean Preston and Jayden James will join the fast food work force! 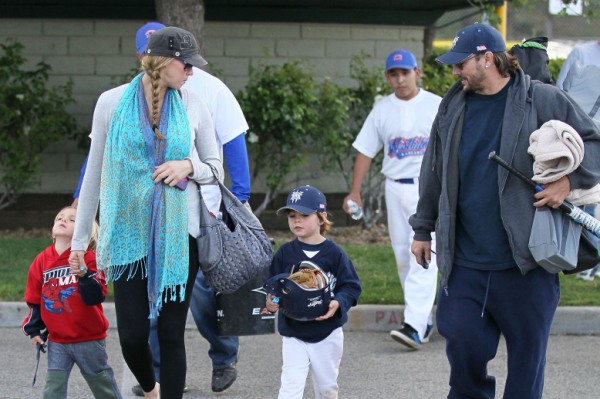 Kevin Federline has one goal in mind for his two boys with ex-wife Britney Spears: normalcy. The former back-up dancer recently shared with the Herald Sun he wants Sean Preston and Jayden James, now ages 6 and 5, to work in the fast food industry in their teens.

“I’ll have them working at Micky D’s,” Kevin Federline said. “That’s how we had to do it! I worked at a car wash, I worked at a pizza place. Things like that made me.”

The father of five, including two kids with Shar Jackson and a baby girl with current girlfriend Victoria Prince, continued, “I can be in this business now and I’m still the same person I am [sic] back then, because I know what I want out of life and how to treat people.”

K-Fed, currently filming the weight loss show Excess Baggage in Australia, went on to say of his and Britney Spears’ approach to co-parenting, “Preston and Jayden have missed out on so much of that with me and their mum being so busy all the time.”

“Now we’ve both agreed — this is it, they are going to be at school [and] learn… what it’s like to be part of society as a normal kid.”

After filming concludes Kevin Federline revealed he plans to bring his children and girlfriend Victoria Prince back to Australia in July, and he even hopes to one day retire there.

For the record, there are more than 700 McDonald’s restaurants Down Under.

Do you applaud Kevin Federline’s plans to have his sons work at McDonald’s?