Sophie Kinsella is back with another hilarious romp in I’ve Got Your Number. Poppy Wyatt is hilariously quirky, but when she loses her engagement ring, things aren’t looking so good. But in classic Kinsella style, Poppy solves her problem by creating trouble for someone else. Kinsella’s heroines are at their best when they’re causing mischief, and Poppy is no exception. This lighthearted adventure had us laughing as we raced to discover what would happen to Poppy.

Poppy Wyatt is absolutely thrilled to be engaged to the man of her dreams, Magnus Tavish. It’s no secret that Poppy isn’t quite on the same intellectual level as Magnus’ family, but the couple is happy, so 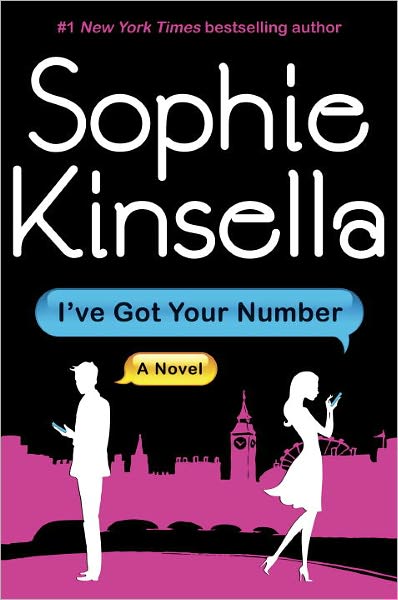 she tries not to let it bother her too much. That is, until Poppy loses her engagement ring — the Tavish family heirloom — the same weekend she’s supposed to meet them for the first time.

Poppy is devastated, and the fact that she’s lost her cell phone as well is infuriating. She’s sure that this will be the final straw for the Tavishes, and that they will cast her out of the family and forbid Magnus from marrying her. However, Poppy finally has a stroke of luck when she finds an abandoned phone in a trash can. Not only can she give the hotel a contact number for when they find her ring, but she has something to keep her occupied from her relentless worrying.

But as Poppy is snooping, she realizes the phone doesn’t belong to just anyone. It’s the phone of businessman Sam Roxton’s former personal assistant, and Sam isn’t pleased that Poppy is using the phone. Through emails and texts, Poppy cajoles (and cons) Sam into working with her to find her ring, all while juggling wedding preparations, Magnus’ family, and her own tendency to find herself in the most outlandish and zany of situations.