Madonna is tussling with Girls Gone Wild creator Joe Francis over the rights to a song name. Who will prevail? 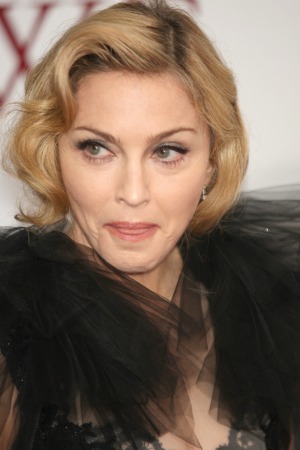 Madonna has made an enemy even brattier than Elton John. Girls Gone Wild creator Joe Francis is threatening to sue the pop idol for using the name of his creepy, cheesy videos as the name of one of her songs. Who will blink first?

The Material Girl has a song on her new album called “Girls Gone Wild” and Joe Francis immediately saw dollar signs. First he has his legal team send Madge a cease and desist letter back in January, threatening to sue for trying to get a “free ride on the valuable consumer goodwill and brand recognition” of Francis’ trademarked video series — plus demanding she not perform the song at the Super Bowl.

“Your misappropriation of my clients’ trademark will not be tolerated,” the letter read.

The Super Bowl thing was never really an issue: “The song will not be performed at Super Bowl halftime show,” Madonna’s publicist told TheWrap. “It was never a possibility. She has confirmed she will be performing her new single and three of her gems from the past.”

In addition, Madonna went ahead and changed the name of her song to “Girl Gone Wild” (singular) — but Franicis saw right through her little tricks.

“Clearly her label was trying to avoid legal action surrounding the song,” he told TMZ, “but [the new title] is still infringement as far as the law is concerned, and we have been in touch with Madonna’s people in an effort to resolve this issue.”