In his latest “From the Desk of Donald Trump” video, the mogul scolds Sacha Baron Cohen, Ryan Seacrest’s security guard and the magazine Vanity Fair. 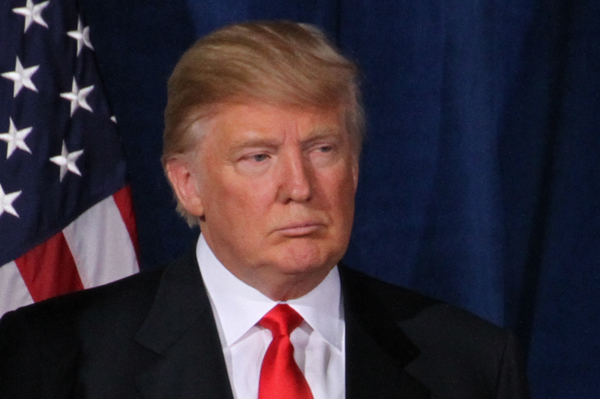 Sure, Sacha Baron Cohen was probably just trying to promote his upcoming film in a way that’s equally as controversial and comical as the movie he’s marketing. Because he dumped ashes on Ryan Seacrest, everyone now knows about The Dictator, and even Donald Trump is angry at the “third-rate character!”

“This third-rate character named Sacha Baron Cohen thought he was being cute and funny when he threw ashes at Ryan Seacrest,” he ranted in his latest “From the Desk of Donald Trump” video. “Now I know Ryan Seacrest — he’s a great guy — and you could see he was visibly upset. It was disgraceful.”

But Trump doesn’t waste too much time scolding Cohen for dumping the “ashes” of Kim Jong Il on the E! News frontman and the American Idol host. Instead, he also gives a word of advice to Seacrest’s security guard.

“And the security guard that was standing to the right, he ought to be fired immediately! He had nothing, that guy was not capable. He allowed this guy to get away with so much. Believe me, if that ever happened to somebody with real security, Sacha Baron Cohen would not be in great shape right now, he’d be in a hospital. He would’ve been punched in the face so many times, he wouldn’t have known what happened to him.

“I only wish that Ryan took a swing at him, I only wish that the security guard that allowed it all to happen, number one, gets fired and number two: Go to school, learn about being security. You don’t know, man.”

Trump also continues on to bash Vanity Fair for the declining status of their magazine and their reportedly boring Oscars after-party. Watch the full video below:

Are Trump’s words too harsh for Seacrest’s security and Sacha Baron Cohen? Or is he just saying what we’re all already thinking?