Sean Young is fuming after security guards detained her during the official after-party for the Oscars: The Governors Ball. Find out why she wants an apology from the Academy. 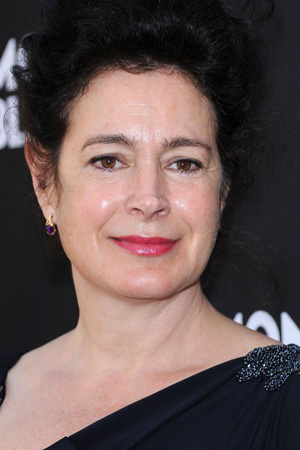 It’s been a while since Blade Runner actress Sean Young has been invited to the Oscars. However, a lack of an invite didn’t keep the 52-year-old from going to the Governors Ball.

Too bad it didn’t turn out well.

Security staff ended up pulling her out of the invite-only line and she struck one of the officers, leading to her arrest.

“Sean Young was arrested last night at 10:30 p.m. for battery at the 1700 block of Highland Ave. She was placed under citizen’s arrest and was later released from the Hollywood station,” police officer Rosario Herrera confirmed in a statement.

That’s not how she’s telling it, though she did admit to hitting the bouncer.

“I was just standing by the little line [outside the Governors Ball],” Young told People on Monday. “I wasn’t bothering anybody.”

“They said, ‘No, you have to leave,'” she added. “I started to leave and [the guard] grabbed my arm and he started pulling me. And I turned around and I was pulling my arm away — and I struck him.”

“I was well-behaved,” she added to X17Online.com. “It was fine… and the surveillance tape will bear that out. … It’s atrocious behavior on the Academy’s part.”

Young is no stranger to public outbursts — she went to rehab in 2008 after a drunken outburst at another awards show. She even tried to crash the Vanity Fair Oscars party in 2006.

“It was degrading,” the actress told Entertainment Weekly in 2007. “But when you have nothing to lose, it’s really not that big of a deal.”

The former Celebrity Rehab patient again feels degraded, but for a different reason. “They need to make a public apology on behalf of their security guard,” she told People.

We’re smelling a lawsuit in the future, especially since she mentioned the Academy’s lawyer in her videotaped interview. They aren’t caving, though.

“There was an incident with Ms. Young outside the Academy’s Governors Ball. It was not the Academy who pressed charges.”