One half of the team behind the Berenstain Bears, Jan Berenstain, passed away last week at the age of 88. Find out what she was still doing, all the way until the end. 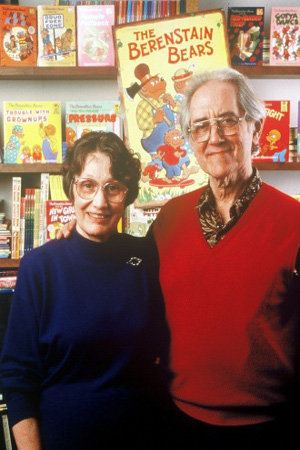 Some sad news for all of us who grew up on the Berenstain Bears: Author Jan Berenstain passed away in Pennsylvania last week after a stroke, according to her son. She was 88.

Jan — along with her husband Stan Berenstain — wrote and illustrated the popular series of children’s books over a 50-year period. The loveable bears were based on their children and grandchildren and dealt with issues all children can relate to, including doctors visits and fears.

However, Jan and Stan weren’t the ones who named their famous characters.

“That wasn’t our decision,” Jan told child reporters in a Scholastic interview. “The first book we did was called The Big Honey Hunt. We didn’t call them The Berenstain Bears. Our editor was Dr. Seuss. When we did the second book, it was called The Bike Lesson, and Dr. Seuss put on the cover The Second Adventure of the Berenstain Bears. So it was Dr. Seuss who named them, not us.”

The couple went on to release 300 more titles over the years, many translated into 23 different languages, before Stan passed away in 2005.

“They say jokes don’t travel well, but family humor does,” Jan told The Associated Press in 2011. “Family values is what we’re all about.”

However, the couple didn’t really claim to have a favorite book — they couldn’t even remember them all.

Illustrating was her passion, according to one of her sons, Mike Berenstain.

“Every day she was very productive,” he said. “She was working on two books and had been doing illustrations until the day before she passed away.”

So sad. We’re going to dust off our old Berenstain Bears books tonight and take a trip down memory lane.