Nicollette Sheridan allegedly fought with the creator of Desperate Housewives on set, and now she’s fighting for the $4 million she’s supposedly owed due to wrongful termination. 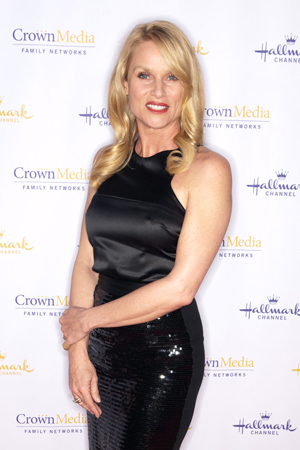 Though the characters bring on the drama every week, Edie Britt’s violent death on Desperate Housewives wasn’t necessarily part of the intended plot line until Nicollette Sheridan fought with ABC executive Marc Cherry and complained to higher-ups about the alleged abuse. Her lawsuit against the network began today, and its success could earn her a year’s salary: A whopping $4 million!

According to Sheridan, it all started back in 2008 when she and Cherry were arguing about a cut line of dialogue, pushing the series’ creator to slap the Housewives actress and eventually kill her character off the show. After leaving Wisteria Lane, she initially filed a lawsuit for $20 million worth of alleged damages over claims of sexual and gender harassment, infliction of emotional distress, wrongful termination, assault, battery and more, but pre-trial trims amended her case to only claim salary for one year (instead of the show’s full run) for wrongful termination and battery.

ABC has already denied the validity of Sheridan’s claims, saying in a statement that the network has “investigated similar claims made by Ms. Sheridan last year and found them to be without merit.” Nevertheless, Sheridan will call her entertainment lawyer, publicist and former producer to testify toward her case. Even more so, she wants to share her side of the story as well — her lawyers have scheduled her spot on the bench to last eight hours!

What about the other Housewives? The defense’s witness list includes Marcia Cross, Teri Hatcher, Felicity Huffman and Eva Longoria, plus Cherry and 25 others. The trial began today with jury selection and will last as long as 11 days.

Do you think Nicollette Sheridan was wrongfully terminated? Tell us your opinion below!

Desperate Housewives vs. Sex and the City: The feud
Marc Cherry not desperate to make Housewives movie
Susan Lucci ditches Children for Housewives