Music mogul Sean “Diddy” Combs was a big winner at the 84th Academy Awards. The rapper celebrated as the sports drama Undefeated, which he produced, walked away with a golden statue. 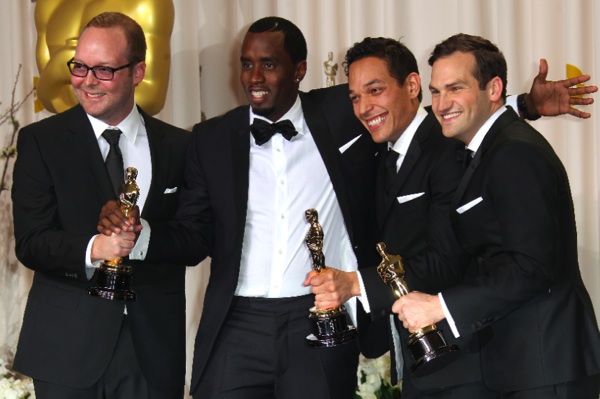 If you were wondering why Sean “Diddy” Combs was at this year’s Academy Awards, he had a good reason. Combs executive produced the film Undefeated, which was nominated and won best documentary feature.

After the win, Combs took to Twitter and exclaimed, “God is the greatest!!!! Thank you! Undefeated !!!! Dreams do come true!! Hard work pays off!!”

Undefeated centers on an underdog football team called the Manassas Tigers. They’re underfunded and underprivileged, but attempt to reverse their fortune with the help of coach Bill Courtney. The documentary has been described as the real-life Friday Night Lights.

Monday morning, Combs published a heartfelt letter (via The Life Files) expressing his appreciation for the film and its win.

Waking up the day after such an incredible experience is humbling.

I have had so many dreams, some came true others are still being worked on. That said, being apart of a film that shows the drive and determination of kids who seemingly have no hope, no future, and nothing but obstacles, has taught me that there is a universal spirit of faith and character in all of us that binds us. Their story is my story, is our story, is your story at some real level, we can relate. Once the flame is ignited in us, nothing can stop us. I hope to be that spark that makes everyone believe anything is possible. God bless you all and I thank you for sharing in this honor with me.