Lucy Lawless is in trouble with the law. The actress and a handful of Greenpeace activists have been arrested for causing trouble for the environment’s sake in New Zealand. 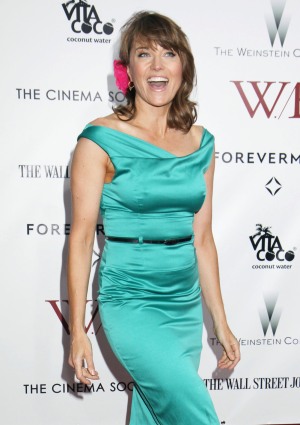 Lucy Lawless has been arrested in New Zealand after spending four days aboard a docked oil-drilling ship in a fight against global warming. The Xena: Warrior Princess actress and six Greenpeace activists have been removed from the vessel and charged with burglary.

Lucy Lawless’ protest began Friday when the native New Zealander climbed atop a tower on the ship Noble Discoverer. The vessel was originally scheduled to sail toward the Arctic over the weekend.

“I’ve got three kids,” the 43-year-old said during a phone interview from high atop the ship’s 174-foot tower over the weekend. “My sole biological reason for being on this planet is to ensure that they can flourish, and they can’t do that in a filthy, degraded environment. We need to stand up while we still can.”

Lucy Lawless said she felt compelled to take a stand against oil-drilling in the Arctic and against global warming, though admitted wind gusts were making it difficult for the group to maintain their perch. “I found last night pretty darn scary,” the actress tweeted Saturday. “Not for sissies.”

More on celebrity causes from SheKnows >>

Before her arrest the actress sent out the following messages via Twitter:

Lawless, who currently stars in Spartacus: Vengeance, has been released from police custody in New Zealand and is scheduled to appear in court on Thursday.

Lucy Lawless’ arrest: Commendable or crazy in your book?