Girl in Progress isn’t just about a girl growing up, it’s about a grown up, growing up, too. This inspiring love story between a mother and daughter will have you rooting for each one to “come of age.’ 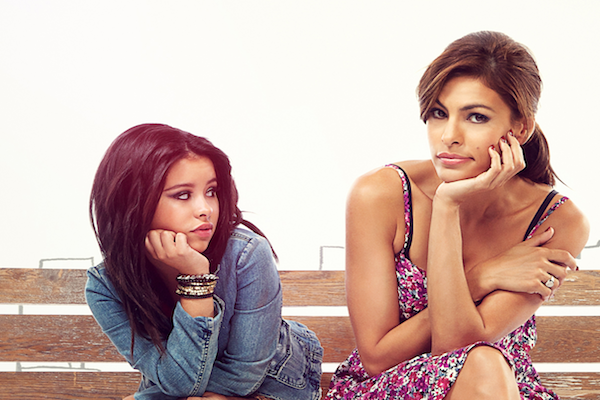 Cierra Ramirez plays Ansiedad, a teenage girl whose apropos name means anxiety in Spanish. Living up to her name, her teen angst drives her quest to “come-of-age.” Eva Mendes plays the teen’s single mom Grace, a vibrant woman who works and plays too much — especially with married men. Mendes juggles two jobs to send her bright daughter to private school, but is absentee when it comes to other parental duties like nurture, support and positive role modeling. Desperate for her mother’s wholehearted attention, Ansiedad concocts a plan with her best friend Tavita to knock her own life down a dark and tragic staircase, breathing in a whiff of death on the way down. This downward trajectory is meticulously planned of course, but over-romanticized by Ansiedad’s naive, young mind. Losing one’s virginity to the high school bad boy, no matter how well organized, is messier in real life than it looks on paper.

Cierra Ramirez plays Ansiedad sublimely. Ramirez is an inventive actress with zest, charm and beauty and is able to be tough and vulnerable at the same time. Her journey is a fight and a gift, not only for herself, but her mother as well. Raini Rodriguez shines as her best friend Tavita, who suffers the most as Ansiedad undergoes her bad-girl transformation. Mendes manages to remain sympathetic, despite her poor choice in men while Matthew Modine charms as Dr. Harford, the married man in Mendes’ life, until he reveals his true colors, painfully crushing Mendes’ dream of working at Facebook. Patricia Arquette delights as Ms. Armstrong, the English teacher who takes a genuine interest in Ansiedad’s intellect.

Bottom line: Girl in Progress is a beautifully crafted coming-of-age film and is the perfect flick for a mother/daughter movie night. Enjoy!