This week’s top five Redbox/DVD/Blu-ray rentals serves up a fat helping of comedy to keep your bellies full all weekend long. SheKnows offers an exclusive look at some bonus material on our number one pick for this week, Tower Heist. 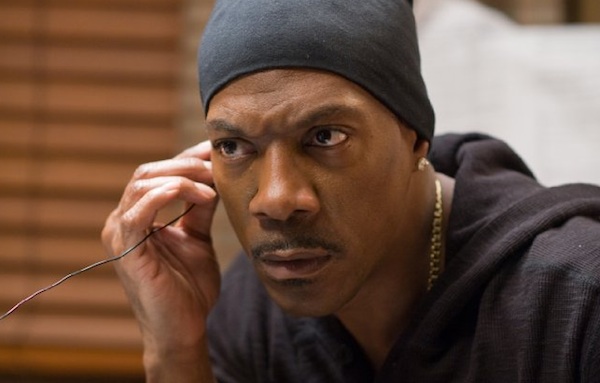 In the do-or-die comedy starring Eddie Murphy and Ben Stiller, this odd couple has to rob a high security building if they’re gonna save the stolen pensions and give the people back what they deserve. When things prove to be more difficult than they thought, hilarity ensues with a quirky cast of characters including Casey Affleck, Alan Alda, Matthew Broderick and Gabourey Sidibe. In this exclusive bonus clip available on DVD, Murphy and the cast talk about their adventure filming Tower Heist.

Movie review: Stiller and Murphy pull it off in Tower Heist >>

The origin story of Shrek’s infamous character, Puss in Boots, gives audiences some insight into this cat’s dangerous swagger. Starring Antonio Banderas and Salma Hayek, this is one kitty adventure you’ve got to get your paws on.

Movie review: Holy frijoles, Puss has his own movie >>

Leonardo DiCaprio gives his all in this intense bio-pic about the man behind the FBI, J. Edgar Hoover. Directed by Clint Eastwood, the film also showcases beautiful performances from co-stars Armie Hammer and Naomi Watts.

No. 4 — Martha Marcy May Marlene

In this psychological drama that had critics and fans raving, Elizabeth Olsen stars as a young woman desperately trying to keep her grasp on reality. The question remains is she crazy or is it everyone else?

The Mighty Macs is a film about a female coach who turns a group of catholic girls into a successful basketball team. This feel-good movie about believing in your dreams no matter what is based on a true story.