Bill Pullman can’t shake the presidency. The actor best known for his roles in Independence Day and While You Were Sleeping is heading to the White House. He’ll star in a pilot for NBC called 1600 Penn where he’ll play the leader of the free world. 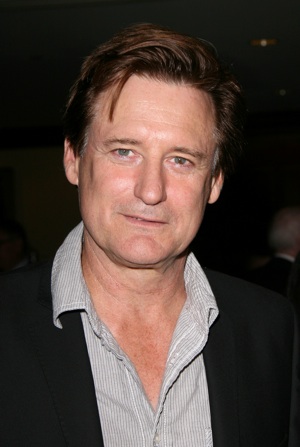 On the show, the actor will play a role he’s already tackled in the past — the president of the United States.

According to The Hollywood Reporter, 1600 Penn will center on a very funny and very dysfunctional first family. Pullman will play the head of state and father to “Brittany Snow (his overachieving, perfectionist daughter) and Book of Mormon star Josh Gad (his gregarious and clumsy son).”

Side note: Brittany Snow is no stranger to NBC. She previously starred on two of the network’s shows: Harry’s Law and the defunct period drama American Dreams.

1600 Penn will be executive produced by Jon Lovett, a former speechwriter for President Obama. We’re sure his insight will give new meaning to the show’s political humor.

Speaking of humor, the pilot episode will be directed by none other than Modern Family’s Jason Winer. That’s a huge grab, considering Modern Family’s one of TV’s biggest comedies.

As we previously stated, this isn’t the first time Bill Pullman’s entered the Oval Office. In 1996, he played President Thomas J. Whitmore in the blockbuster film Independence Day. Considering its box office success, it’s easily one of his most memorable roles. The film went on to gross over $817 million worldwide. That’s huge!

Most recently, Pullman has appeared on the small screen as Oswald Danes on the sci-fi show Torchwood: Miracle Day.

What do you think of NBC’s first family? Will you be tuning in?