Paula Deen’s diabetes diagnosis could have ruined a career built on butter — but she says she let the controversy roll off her back. Here’s why. 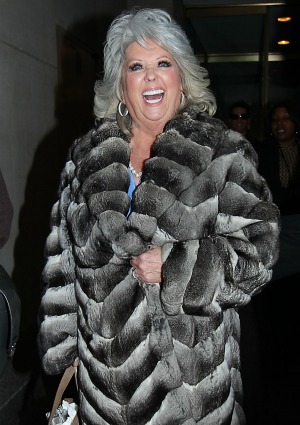 A firestorm started in the food world when celebrity cook Paula Deen admitted she has Type 2 diabetes a full three years after her diagnosis — time that she could have spent promoting a lifestyle far healthier than the fat-laden foods she promotes.

In fact, during that time, she continued to profit off of lucrative endorsement deals with Philadelphia Cream Cheese and Smithfield Ham — not exactly light and healthy food fare. She did not announce her diagnosis until she was signed as a paid pitch person for the pricey new diabetes drug Victoza.

“It took me 20 years to come out and stand up and say, ‘Hey, my name’s Paula and I’m agoraphobic,'” the Food Network star told the Associated Press at the South Beach Wine and Food Festival. “I was so ashamed, so embarrassed. So to do it in two-and-a-half years — I thought it was pretty good.”

5 Paula Deen recipes that could (just about) give you diabetes >>

“I think a few people who have access to a TV camera and ink kind of wanted to hate on me for coming down with something,” she said. “But I so don’t worry about it.”

“Yes, I am being compensated,” Deen admitted. “It’s the way of the world. It’s the American way. But I am taking a portion of that compensation and giving it back to the [American] Diabetes Association.”

Her recipes might get a little lighter — but just a little. “I am who I am. But what I will be doing is offering up lighter versions of my recipes,” she said. “I will have a broader platform now, trying to do something for everybody. But you know, I’m Southern by roots. I was taught (to cook) by my grandmother, and nothing I can do would change that.”

Unfortunately, viewers may not see those changes for up to two more years because of how far in advance her show is shot.