Brooke Mueller has been charged with cocaine possession in a case that could send her to prison for years. Can Charlie Sheen save her this time? 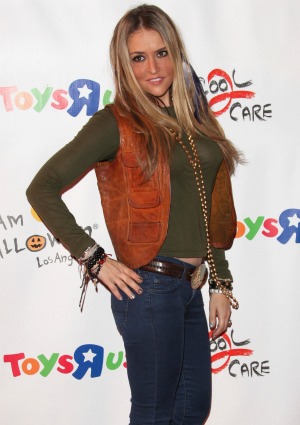 Shizz just got real for Brooke Mueller. The mother of Charlie Sheen’s twin sons has been charged formally with two major drug felonies — and she could be facing six years in jail.

Mueller has been slapped with charges of cocaine possession and possession of cocaine with intent to distribute, both felonies. The distribution charge was filed because she was carrying more than four ounces of the drug on her the night of her arrest — and that’s what could land the major jail time.

The charges stem from an incident in December when Mueller was accused of assaulting a woman in an Aspen nightclub. Eleven witnesses stepped forward, including three Aspen cops, and the drugs were found after her arrest for the assault.

Mueller has been spending some time since the incident in a rehab center. While her defense team declined to comment on that, attorney Yale Galanter said she is doing well and is trying to prove she is turning her life around.

“I can tell you Brooke is complying with all of the conditions of her release, not only in the written letter of the law but the spirit of the law,” Galanter told the Aspen Times. “She is doing phenomenally well, and I mean that from the bottom of my heart.”

“Generally speaking, it’s always good for people to show that they have come to grips with a problem and are willing to change their behavior,” he said.

Mueller’s current legal woes have so far had no effect on her formal custody arrangement with Charlie Sheen.