Amanda Seyfried stars in this tricky psychological thriller, where a mentally unstable young woman must fight for her sister’s life. Gone will keep you guessing until the very end. 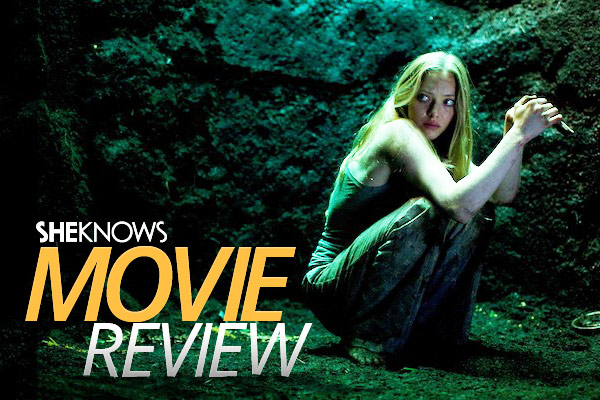 Gone starts in the wilderness, with Jill, played by Amanda Seyfried, cautiously following a river upstream. Making notes on a map, it appears she’s covered quite a bit of Forest Park, which is a giant land preserve in the Pacific Northwest. What is she searching for? Something her studious sister Molly, played by Emily Wickersham, clearly doesn’t want her to find. Then the flashbacks begin, revealing something terrible happened to Jill. That’s why she’s popping antidepressants and sending herself text alerts reminding her to smile. When she arrives home to find her sister inexplicably missing, things go from bad to worse.

Jill goes to the police, who know her all too well. She’s the girl they believe “faked” her own abduction, claiming to have escaped from a deep dirt hole filled with the bones of previous victims somewhere in Forest Park. When the police searched for the kidnapper and his ghastly death pit, they found nothing. It’s then revealed that lovely little Jill has a history of mental illness. Exasperated, Detective Powers, played by Daniel Sunjata, finally tells her, “It’s all in your head.”

Considering that Jill does have a way of exaggerating stories, that both her parents died within months of each other, prompting psychological counseling and her sister tends to disappear on drinking binges, the police may have a point. Even her best friend and co-worker Sharon, played by Jennifer Carpenter, doesn’t seem to believe her. Either way, we know Jill believes her story and nothing will stop her from finding Molly.

Gone is a psychological thriller that will keep you guessing all the way through. There is a thin line separating the good guys from the bad guys, leaving Jill to fight this battle entirely alone. Amanda Seyfried is spot-on as our troubled heroine, a perfect blend of terrified angst and kick-butt courage. Those big eyes of hers reveal her deep wounds and overworked nerves, making you root for her even when her story seems to unravel. Of course, I won’t give the ending away, but I can say it will make you remember to lock your front door tonight. And check the window locks, too.

Bottom line: Gone is a well-acted, guessing-game of a thriller, making for a mostly satisfying movie.