The filmmakers of The Hunger Games can smell the ravaging fans as they have decided to offer pre-ordered sales of tickets to see the movie on their Facebook page. 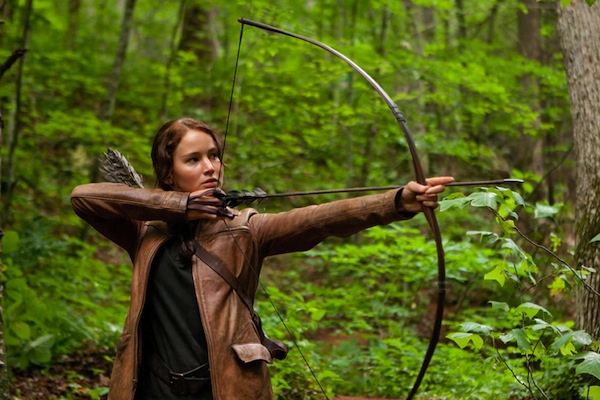 The Hunger Games releases in theaters March 23, but that doesn’t mean you have to wait until then to get your mitts on some tickets to the first screenings. Log into the official Hunger Games Facebook page and pre-order your tickets so you don’t have to wait in any lines.

In addition to buying tickets, each fan who pre-orders will also receive a free iTunes download of a song from the album, The Hunger Games: Songs From District 12 and Beyond.

Unless you’ve been living under a rock, you know that The Hunger Games is about a teenage girl Katniss who volunteers to be the next fighter in the national fighting event where citizens are pitted against each other to the death in order to bring entertainment to the populace. Jennifer Lawrence plays as Katniss alongside an all-star cast. Josh Hutcherson plays Peeta, Liam Hemsworth plays Gale and Elizabeth Banks plays Effie.

Let’s not forget everyone’s favorite surprise actor, Woody Harrelson, who plays Haymitch Abernathy. Critics will get a chance to screen the movie in a series of locked down locations in the coming weeks. But until then, the only glimpse anyone has seen of this movie has been the few trailers that reveal Katniss volunteering to fight, training for her day in the ring and hoping that life afterward — if that’s in her fate — could be better for everyone living in this oppressive state.