Watching our favorite Saturday Night Live actors exit the stage is never easy, but it does eventually happen. Is Abby Elliott next? 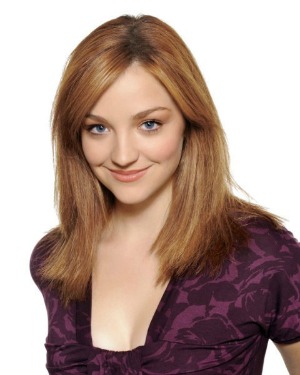 She’s the offspring of the great Chris Elliott, so there’s no doubt Abby Elliott was destined for great things.

While she’s made the best of her time at Saturday Night Live, it might be time for her to spread her wings — to Fox.

According to a report from TV Line (Deadline first reported the news), Abby Elliott has been cast in the Fox pilot Ben Fox Is My Manny.

The single-camera comedy features the story of a single mother whose brother moves in to help her raise her daughter.

Here’s why it’s a comedy — the mom is “uptight” and the brother is “aimless.”

Playing the single mother in Ben Fox Is My Manny is, of course, Abby Elliott, while child star Maggie Jones will play the daughter.

Here’s where things get sticky with her night gig at Saturday Night Live. Should the pilot get picked up to series, that would mean her time with the late-night sketch show would be over at the end of the season.

For fans who are absolutely gaga over Elliott’s Zooey Deschanel impression, or her take on Angelina Jolie, it’s a shame, but a girl has to move on eventually!

Our favorite will always and forever be her Khloe Kardashian impression! She is spot on with that one, wouldn’t you say?

In honor of this news, let’s use the comments section to dish about Abby Elliott’s best sketches! You know you have an opinion, so why not use it?