Wednesday we brought you the start of the top 24 list, but now we’ve got the whole enchilada! Ladies and gentlemen, here’s the entire top 24 of American Idol — season 11. 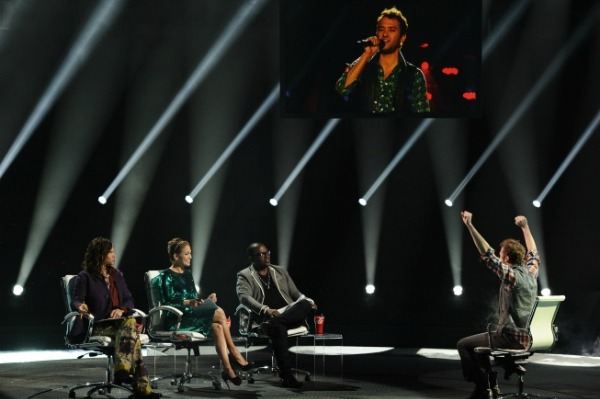 The top 24  American Idol list was leaked, but was it correct? Well, after the official release of the full top 24 Thursday night, we can say it was.

We’re not going to lie, we hate it when reality show spoilers get leaked — especially when it comes to American Idol.

Half the fun is watching who makes it through and when you know, what’s the point? We suppose we could cover our eyes, but yeah that’s easier said than done.

In a nail biter to confirm the final 10 that would add to the first 14 contestants chosen Wednesday night, we can confirm Adam Brock made it.

He was left hanging at the conclusion of Wednesday’s American Idol episode.

Joining Brock are cutie Eben Franckewitz and the big voice of Shannon Magrane. One name we were sad to not see included was “Mr. Steal Your Girl,” David Leathers Jr.

This kid had such potential and it’s sad to see Jennifer Lopez, Randy Jackson and Steven Tyler didn’t feel he was ready.