The Oscars are nearly upon us! Do you know the ins and outs of Hollywood’s biggest night? Brush up your knowledge here. 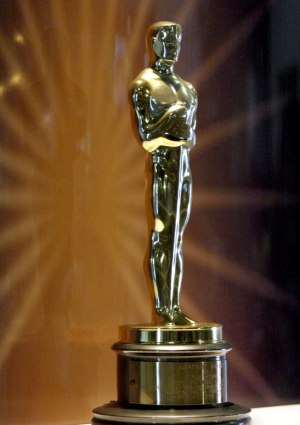 There’s more to the Oscars than what meets the eye! Gear up for this Sunday’s Academy Awards with a look at 10 fun facts about the Oscars — because you can never have too much useless information at hand.

1. This year’s ceremony will mark the first time in the Academy Awards’ 84-year history that there are nine nominees for Best Picture. Every previous ceremony has had either five or 10 contenders.

2. Billy Crystal has signed on to host the Oscars for the ninth time, though he’s far from the show’s most frequent host. Billy Crystal comes in second for frequency with only half of Bob Hope’s turns at doing the honor.

3. Only one X-rated movie has ever taken home the coveted Best Picture Oscar. The year was 1969 and the film was Midnight Cowboy, which starred a young Dustin Hoffman and newcomer Jon Voight.

5. The Academy Awards were first held in 1929 at a private brunch at the Hollywood Roosevelt Hotel; guest tickets cost $5. The show was first televised in 1953, and was first broadcast in color in 1966.

6. Hold the show! In 84 years the Academy Awards have only been delayed three times. In 1938, the affair was put off for one week due to flood, in 1968, the ceremony was put off for two days due to the funeral of the Rev. Martin Luther King Jr., and in 1981, the assassination attempt on President Ronald Regan delayed the event for one day.

7. Gone With The Wind is the longest Best Picture winner, boasting an impressive 234 minutes in length. The shortest winner, Marty (94 minutes), could be viewed two and a half times before Scarlett O’Hara’s final scene.

8. In 2012, all 5,783 members of The Academy of Motion Picture Arts and Sciences (AMPAS), a professional honorary organization, will have the opportunity to cast a vote for their favorite films of the previous year in each category.

9. Only three people in the history of the Oscars have refused their awards:

10. Marisa Tomei’s 1992 Best Supporting Actress win for My Cousin Vinny has a dubious note of its own. It was expected that one of her well known competitors in the category (Vanessa Redgrave, Joan Plowright, Miranda Richardson and Judy Davis) would take home the honors. After the ceremony it was revealed the Academy’s votes were so split between the more renowned actresses that Tomei was able to sneak through, a phenomenon the experts now call “the Marisa Tomei Factor.”

More coverage of the Oscars from SheKnows! >>