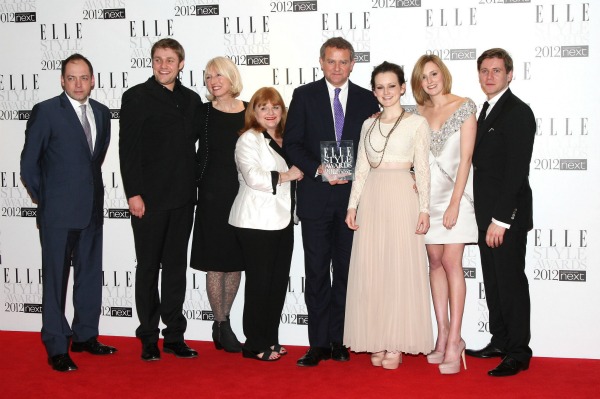 The numbers don’t lie, folks. People are tuning in for Downton Abbey and PBS couldn’t be happier with the ratings. Downton Abbey’s season two finale managed to snag PBS its largest numbers in almost three years.

According to a report via Entertainment Weekly, the season two finale saw 5.4 million viewers tune in on Sunday night (Feb. 19).

Those numbers made the show PBS‘ most-watched show since Ken Burns’ National Parks made its debut in 2009.

Ready for some more Downton Abbey ratings facts? According to the report from EW, Downton Abbey saw a greater number of “first-run viewers” than FX’s American Horror Story or AMC’s Mad Men and Breaking Bad. It did not, however, compare to The Walking Dead.

Ratings: The Voice continues to be heard >>

The fact of the matter is, Downton Abbey is pushing forward with an increase in viewers, which overall is good for PBS.

From season one to season two, the period piece drama saw an increase in viewers by 25 percent and the female viewers seem to be helping the cause — the show is up with female viewers in the 18-34 demographic. How’s that for success?

We’ve recently heard people chatting about starting season one for the first time, only to be hooked into a marathon. We want to hear from you. Did you become a recent Downton Abbey fan or have you been there from the start?

Thumbs up or down for Downton Abbey?