It’s been hush-hush until now: Sebastian Stan is taking on the role of the Mad Hatter during Once Upon A Time‘s Alice in Wonderland episode. Read on for all the deets! 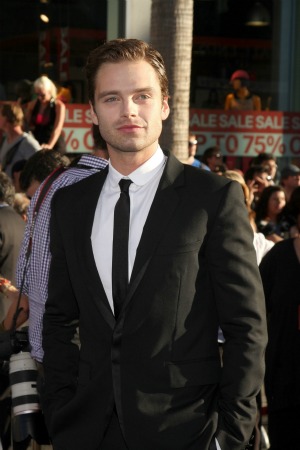 The former Gossip Girl star, and Captain America alum, is stepping into the shoes of the maddest character there is for his role on Once Upon a Time — the Mad Hatter from Alice in Wonderland.

According to a report via TV Guide, executive producer Edward Kitsis said, “In that episode, we find out how the Mad Hatter became mad.”

Barbara Hershey joins Once Upon a Time >>

If you’re not familiar with the fairy tale show, Once Upon a Time, it basically gives its own spin on the characters and tales we’ve come to know and love.

The Mad Hatter character is no exception to the spin rule.

In the episode there will be a spin on Alice in Wonderland and the Mad Hatter, with Edward Kitsis saying, “The first difference you’ll notice is who the Mad Hatter was and his backstory. Then what Wonderland is and the changes of it is something we hope to explore also.”

He added, “We’re hoping this tells you the story of the Mad Hatter, but also will leave you with questions about Wonderland.”

Once Upon a Time-inspired recipes >>

Okay, we know you’re dying to know who’s going to play the Caterpillar in the Wonderland-themed episode.

Roger Daltrey of The Who will lend his voice to the crazy hookah-smoking Caterpillar.

Now, that’s something to tune in for!

Is the show a fairy tale come true?