Spice up your Oscars viewing party with some alcoholic beverages. Need a reason to drink? We’ve got some suggestions, just be sure you have a designated driver. 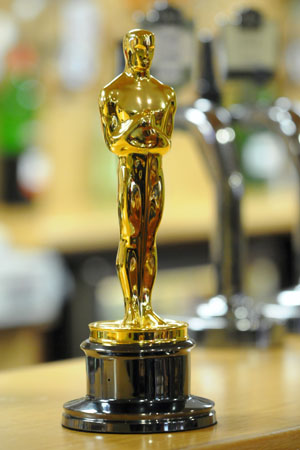 OSCAR SAYS: Get ready to slur your acceptance
speeches, baby, because it’s on.

Let’s face it: The Academy Awards aren’t exactly the most exciting awards show. This year’s host, Seth MacFarlane, has serious potential, but we’re waiting until the show to make any real judgments.

But, there’s always the risk that the Oscars will be boring business as usual. We want to spice up our viewing experience because, let’s face it, we’ll fall asleep if it’s a snoozefest. Enter our fab idea: The SheKnows Oscars Drinking Game.

The first rule of the SheKnows Oscars Drinking Game is that you don’t talk about the drinking game. Just kidding — share this with your pals — we love imbibing on a cocktail with friends. Actually, the first rule is to pick your booze — beer works, but specialty Oscars cocktails are a better bet. Instead, go with a Silver Linings Playbook– or Skyfall-inspired cocktail. Everclear works, too, for you dedicated drinkers.

You might want to take it slow, though — we don’t want you to end your night on the bathroom floor.

Rollin’ on the red carpet

Take a gulp every time someone shows/talks about sideboob. Drink two drinks when a starlet tries to upstage Angelina Jolie’s leg-baring dress from 2012.

Drink a whole cocktail if anyone makes a pregnancy announcement on the red carpet. 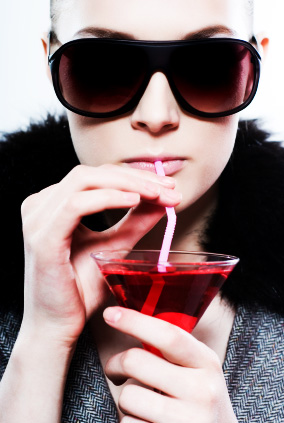 TIP: For a sweet cocktail without
the side of big thighs, pair ACTIVATE 0-calorie vitamin drinks with your fave vodka. MORE OSCARS COCKTAIL RECIPES >>

Host falls flat while you fall on your face

Gulp down a mouthful of booze every time MacFarlane’s jokes earn a groan from the A-list crowd. Drink the whole cocktail every time he breaks out the Stewie from Family Guy voice. Drink if he genuinely makes you laugh, a la Tina Fey and Amy Poehler at the Golden Globes.

Drink every time a winner says “I’m honored” or goes into a diatribe about their “exquisite” category competition.

Down a cocktail when Anne Hathaway makes a long-winded speech while accepting her (inevitable) Oscar. Drink two cocktails if she forgets to thank someone and rushes back on stage later to make good on it.

Drink every time someone other than Hathaway or Jennifer Lawrence wins. Take another drink every time Quentin Tarantino makes it awkward by saying the “N-word” while talking about Django Unchained.

Take a drink every time the camera pans to the snubbed Ben Affleck during the Best Director Award presentation.

Take a drink every time a celebrity makes a comment about politics. Take two drinks every time a liberal winner goes on a rant about the government.

Take a sip if someone is cut off during their speech (it always happens — and we don’t want you to get poisoned.

What other categories can you come up with for the SheKnows Oscars drinking game? Sound off in the comments below!

The Oscars: A guide to movies you probably haven’t seen
The most “interesting” Oscar musical performances of all time
Then and now: Oscar nominees’ fashion evolution