Country superstars pile into a homogenized lump of over-the-top patriot anthems on the Act of Valor soundtrack. 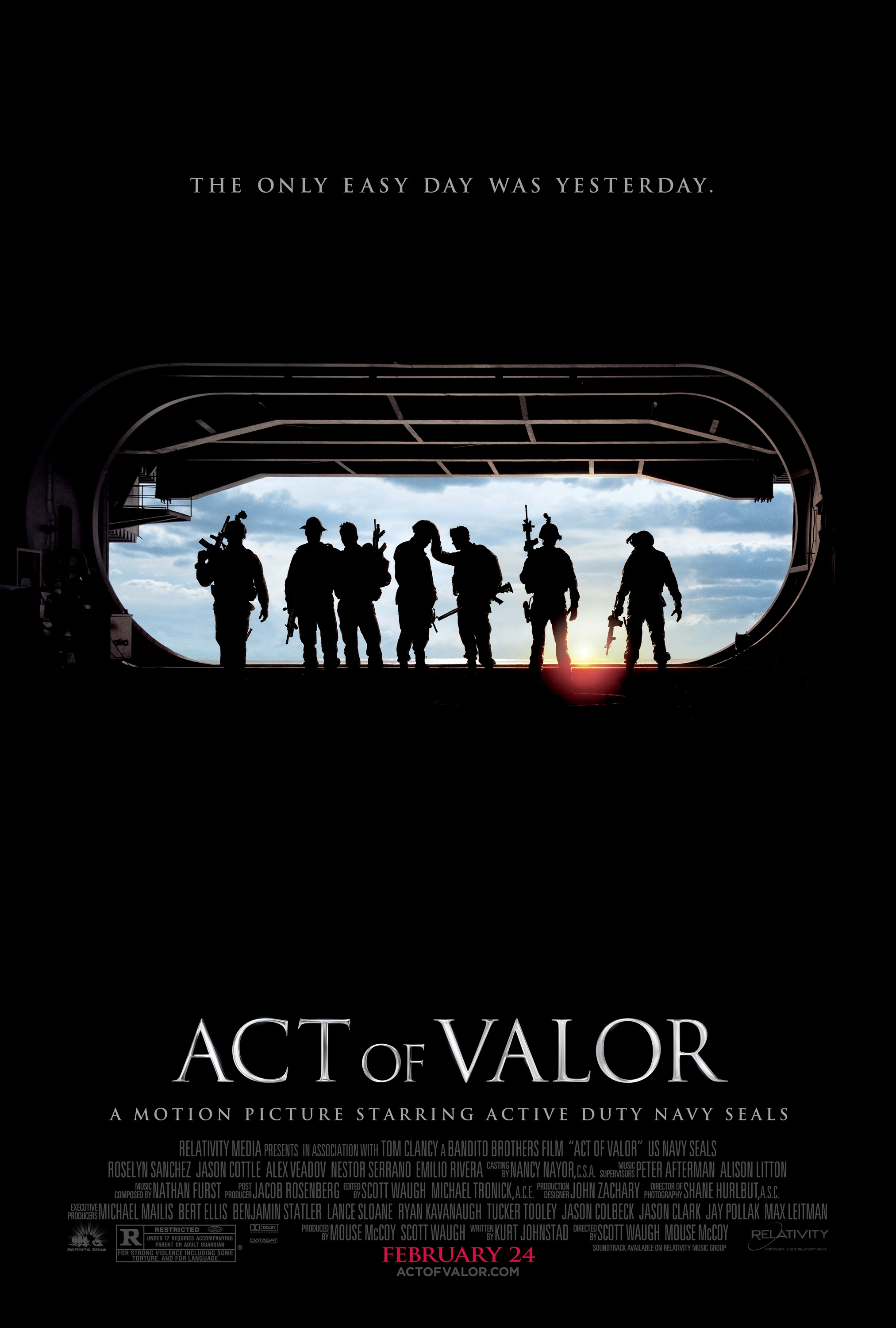 Country music and the military go together like PB & J. The stars and stripes are synonymous with steel guitars and lyrics about “coming home.” In the upcoming real-life war film Act of Valor, starring real-life, active duty Navy SEALs, a level of authenticity is raised with the inclusion of actual events.

Going way beyond Chuck Norris slowly drawing himself out of the water or Sylvester Stallone driving his veiny fist into a terrorist’s face, the film looks to be an emotional juggernaut and a grainy glimpse into the intense lifesaving missions our boys in camo embark on. The soundtrack, regretfully, falls short of being comparably genuine. A mash-up of post-pop country music wrapped in sap and packaged as a patriotic conglomeration, the soundtrack to Act of Valor poses as new age Americana, but ends up sounding like a cliché mix tape.

Since Garth Brooks stopped making truck-rocking western songs,  country music has gone the way of teenage romance and poppy-pop with a twang. You don’t even have to be from the South, a rural area or even a suburb to become a country music star today. With artists like Taylor Swift and Rascal Flatts singing about city life and breakups, the definitions of what country music really is, and what it really should be, have been erased.

With only 10 tracks on the album, the soundtrack is a quick, to-the-point compilation of missing a sweetheart and slapping bandages on wounds. The album boasts new tracks from powerhouse duo Sugarland and living legend Wynonna Judd, and fills in the blanks with go-to acts like Keith Urban, Montgomery Gentry and Trace Adkins.

Each song plays on certain themes of what this kind of movie is about. Urban starts off the album with his square-jawed original song “For You,” chronicling a soldier’s love for his woman, his children, and love of country. Lady Antebellum tugs at the heartstrings with “I Was Here,” a testimonial about doing something that matters and making an impact. With such a raw quality to the storyline of the movie, the soundtrack continues on with playing at these stock themes of American ethno-patriotism. From the track list it seems as though our soldiers literally only listen to country music, as if John Mayer or Lil’ Wayne are non-existent over there. Another theme touched on in any war film is strength, and it is manifested in Josh Kelley’s “The Best of Me.” In the song, Kelley waxes muscular with his moving lyrics about having demons like everyone else and just trying to make his own way in this cruel world.

Separately, each song would hold its weight as a viable composition of emotion and love. Together, the album tries too hard at drawing the same raw quality that the film directs. The soundtrack could have used hard rock anthems of ass-kicking soldiers or a melodious score that reaches every corner of the human heart in cinematic battle. The album ends up being easily forgettable and commonly blasé in its approach to be a companion to a military study.