With rumors swirling over which celebs will be part of this season’s Dancing with the Stars, there’s someone else people are wondering about — bad boy of the ballroom, Maksim Chmerkovskiy. 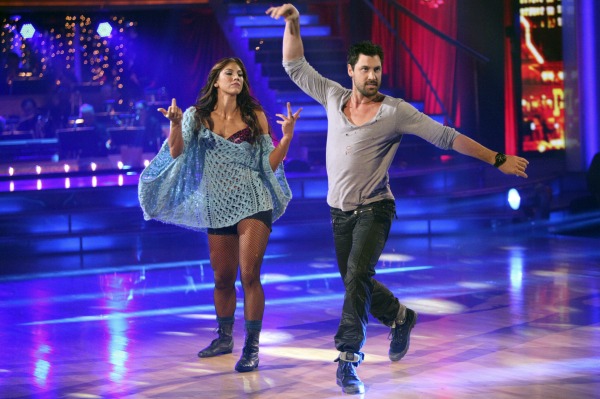 He speaks his mind and pushes his partners to the limit. Would Dancing with the Stars be the same without headstrong Maksim Chmerkovskiy?

Tom Bergeron and Brooke Burke Charvet will announce the new celebrity cast of Dancing with the Stars on Good Morning America Feb. 28, but when it comes to the pro dancers, Maksim Chmerkovskiy truly has no idea if he’ll be part of season 14.

Chmerkovskiy told ET Canada recently, “I still don’t know if I’m on the show.” The outspoken dance-man teased, “I would still not tell you if I did but I’m not lying to you. I didn’t get the call yet.”

When ET Canada joked about a ratings slip should he not return, Maksim Chmerkovskiy shot back: “Contrary to what some a-hole said in the past, it’s not my show.”

Burn! Feel the sting of his words, judges. Eh, we love the sassy side of Maksim Chmerkovskiy and let’s face it, his partners turn out to be decent.

We hope a little attitude here and there isn’t going to prevent him from taking a twirl around the floor this season.

All kidding aside, Maksim Chmerkovskiy went on to say, “Look, I’m happy to return every season. Every off-season, something changes, something happens to make me realize how good I have it, and that’s the most important thing.”

He finished, “A little bit of competitiveness goes away and a little bit of appreciation takes over and I’m very appreciative of the show and what the show has done for me and for us. And, I shouldn’t be really upset about the little things and appreciate the big ones.”

How sweet. Now, say something snarky and keep us on our toes, Chmerkovskiy?

Don’t forget to watch Good Morning America Tuesday, Feb. 28 to find out who the new cast will be.

Names like Gavin DeGraw and Ryan O’Neal (he was supposed to dance last season) are being tossed around, but you never can tell with this show.

One name we can reportedly cross off the list is Herman Cain. It was recently revealed he can’t dance in an eight-count — just a nine-count. Don’t thank us for that zinger. That came from his executive assistant Lisa Reichert.

Head over to our comments section and sound off.

Tell us about your season 14 DWTS dream cast?